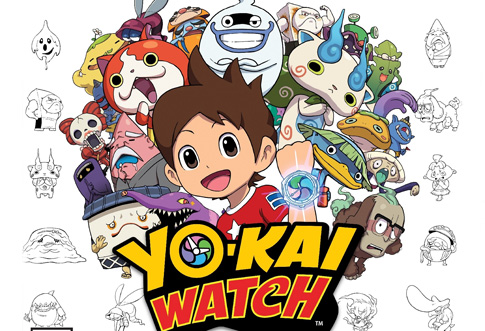 Fun game to play. A new kind of battle system.

Can only select 6 main Yokai among hundreds of Yokai monsters.

Overall Yokai Watch is an enjoyable game to play and the experience is totally different among other games. Its original idea and in-depth battle make Yokai Watch game and anime are big in Japan.

Level 5’s Youkai Watch means Ghost Watch, a social phenomenon in Japan for to its success in video games JRPG franchise, anime and merchandising. After a long wait, Yokai Watch is finally released in an English version and being sold globally. 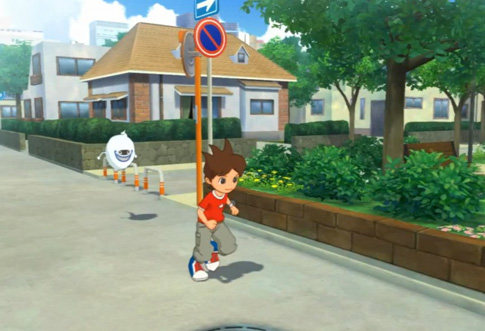 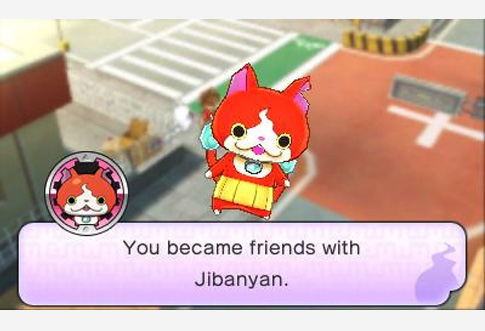 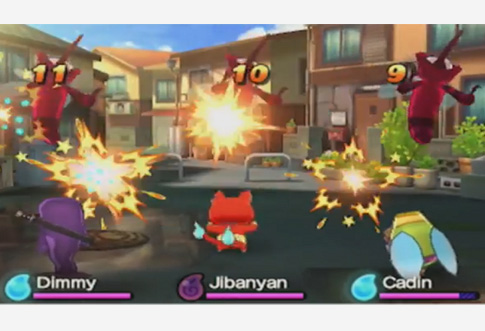 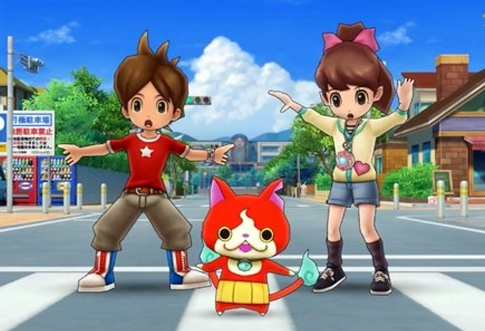 The cute ghost icon will appear once you start the game then the anime intro will play, just like from the anime tv series. The game lets you choose an avatar a male or female character (Nathan “Nate” Adams / Keita Amano main protagonist of Yokai Watch and his friend / classmate Katie Forester / Fumika “Fumi-chan” Kodama), then you need to choose a name afterward the game story begins. You also need to pick up a fishing net to collect some bugs and just like the usual RPG you have to talk to several NPCs in the game. At first you need to talk to your Mom then once you leave the house you need to put your outdoor shoes on, which is cool because it teach basic manner like u cannot use your outdoor shoes inside your house and you cannot violate the traffic rules like jaywalking. So, whenever you cross the road you need to use the traffic light’s pedestrian call button.

The map is your another main tool aside from the watch because you can notice the map arrows pointing at the direction where the main quest begins by catching some bugs, then you will be directed to an area where you can see an old gashapon vending machine where you can get a gray dusty gashapon capsule. The capsule contains your ghost companion named Whisper, he will be your guide and gives you a device – the Yokai Watch to catch ghosts.

Yokai watch game battle system mainly uses the stylus of 3DS in a series of mini-game scenarios during each battle. You need to be patient and to be precise while using the stylus because you need to perform abilities to attack like to trace a random character, spin and tap some balls to win your battles. It may be challenging because it is a random attack though the battle is a pretty fun to play. Yokai Watch is not a turn-based battles like Pokemon instead it consists with the aforementioned mini-games. You can select and switch between 6 Yokai friends to avoid being knocked out. You need to defeat the Yokai opponent in each battle, although some Yokai monsters are friendly and will approach you to be your friend and some are not friendly, you need to battle them many times until they asked you to be a friend.

You will need to use your watch often to detect Yo-kai energy, Yokai can be can be anywhere, they can be spotted on trees, garbage, under the car, under the vending machine, on the street, random street corner, mail box etc. It is easy to know if there is a Yo-kai nearby because your watch will alarm though some Yokai is hard to capture because they move a lot or walk out, it is difficult to stabilize the watch gauge to capture them.

Yo-kai monsters are weird and unique not your usual monsters instead they can affect a person’s personality and attitude among other things. Some are ugly funny looking or weird like Jinmenken a dog with an old man face or Cheeksqueek with a butt on his face, although some are cute and adorable just like the popular cute cat Jibanyan and cute dog Komasan. You need to decide which 6 Yokai monsters that you will choose to travel with to level up and in battle have unique useful attacks as each Yokai monster has its own attack and some can do a single attack or aoe / multiple attacks.

You can visit the website of the Yokai Watch game to understand the game more.