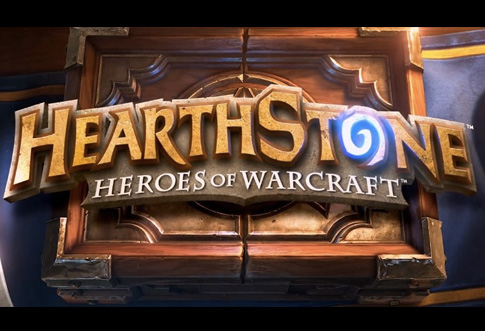 A game that is both accessible and has depth. Neat graphics and sounds. Purchasing and creating cards system simple and effective

Blizzard has once again demonstrated their mastery of video games as a combination of competitive play and captivating artwork.

Hearthstone is an online multiplayer card game in which you challenge friends and other players with cards in the Warcraft universe. Reminiscent of Magic: The Gathering, Scrolls and Duel of Champions, Hearthstone manages to surpass them with rules that put the emphasis on simplicity.

The game’s store is evidence of that same simplicity, offering only simple boosters for purchase. Note that the game is even fun to play alone, thanks to a single campaign mode and an excellent tutorial. 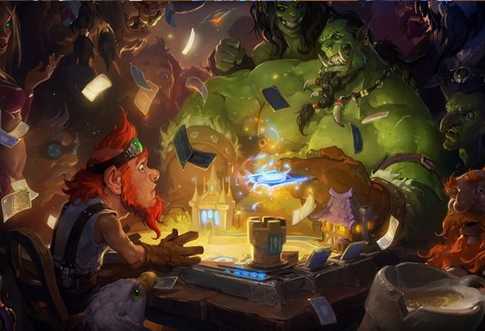 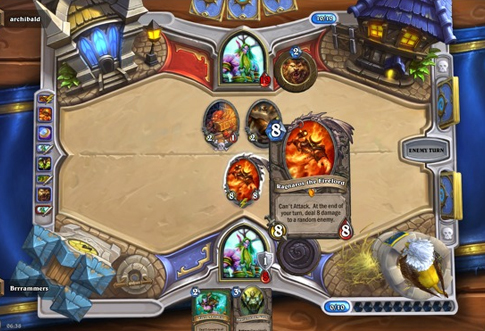 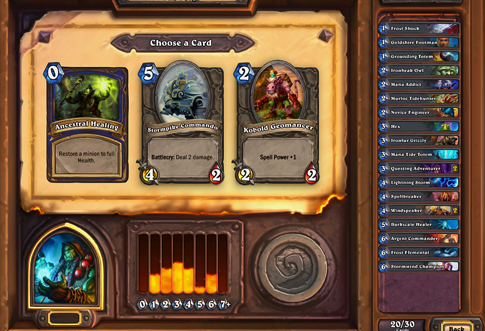 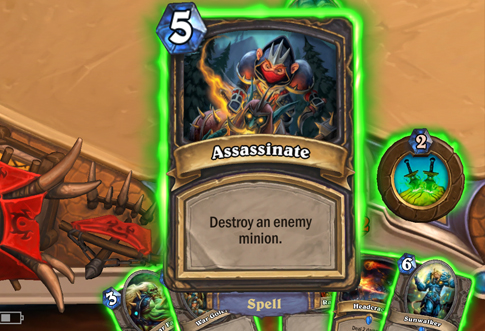 In the beginning of a Hearthstone: Heroes of Warcraft gameplay match, you will get three or four cards (depending on if you’re going first or second) out of your constructed deck of 30 total cards. There are different card types — weapons, spells, minions — but your end goal is defeat the opposing hero’s 30 health before they take down yours.

Hearthstone’s link to the Warcraft universe is clearest in its choice of nine different heroes — each hero representing one of the same nine classes of World of Warcraft when the MMO launched in 2004. As a World of Warcraft fan, you will be familiarized to the game heroes classes even you are still learning a whole new set of rules. They also added a large number of strategies that rotate depending on which hero you will select and who you’re up against.

Hearthstone has a large pool of general cards to draw from, there are also class-specific cards. For example, a mage class has a lot of spell cards that do huge amounts of direct damage, a priest class gets unique cards and minions centered on healing and buffs, and so on. The breadth of cards available and the way they interact with other cards provides, at the very least, the convincing illusion of an endless number of card combinations.

If there are one or two perfect cards needed to complete your dream deck that you’ve had no luck getting in packs, Blizzard has implemented an ingenious system to help out. Unwanted cards can be broken down into “arcane dust,” which you can use to craft new cards. Even the rarest of legendary cards can be yours if you’re willing to put in the time and effort to save enough dust. This smart concession helps ensure players can get what they want without spending a cent.

In addition to card packs, you can spend in-game gold (or real money) on the arena, a twist on Hearthstone that quickly became my preferred mode of play. In arena your carefully constructed decks are swapped out for a deck that you put together on the fly. Each round of the draft, you must choose one of three cards pulled at random until you’ve got a full deck of 30. Then you go up against other players who have done the same.

You can visit the game website of Hearthstone: Heroes of Warcraft game to understand the game more.