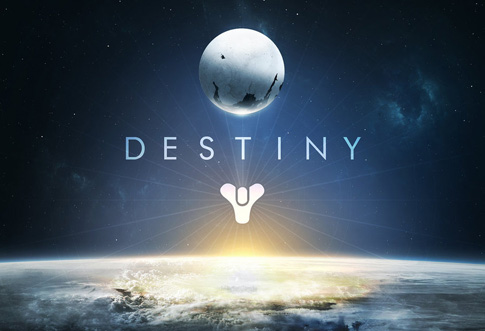 Sound and design are fantastic.

The game is mess due to grinding system and recycled content.

From the creator of Halo and developer of CoD (Call of Duty) comes Destiny, a never before known of difference in first-person shooting game. The game assured you to deliver a hard to believe story set equipped by newly-imagined, a world that full of action and adventure.

A great golden Age; they called it Traveler, a mysterious sphere. Everything has change when it comes to earth. You will play as a guardian of the last city on Earth. Outside the wall of the city is a vast frontier occupied by strange deadly forces. The planets of our solar system had been taken from us and we must reclaim what they taken rightfully from us. The enemy surround us growing stronger everyday and we had to face the choices, either we hide behind the city wall or fight back against the enemy. As guardian, they will stand together, seize your destiny and become a Legend. Journey to an epic adventure with full of cinematic; solve the mystery of the universe. Go out alone or battles with your friend online. Customized your avatar and fight with your upgraded character in each mode. 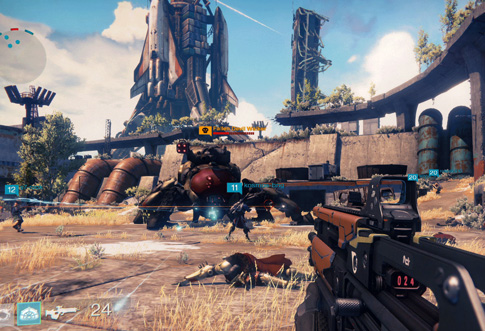 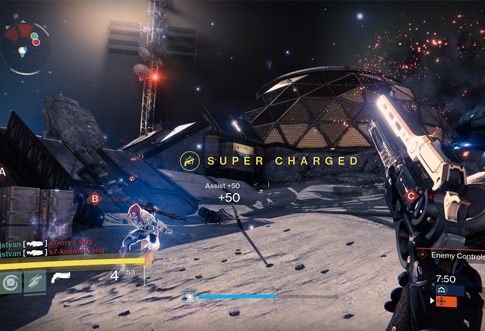 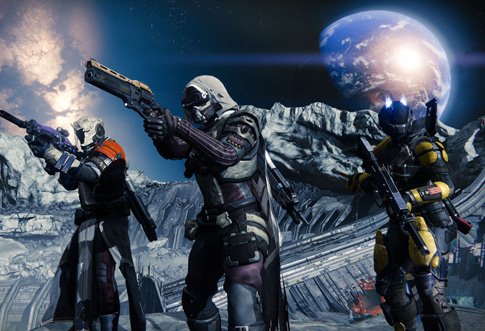 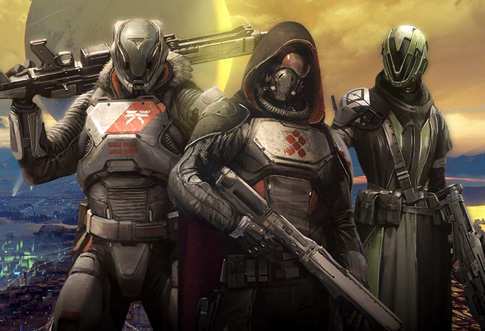 Destiny gameplay will attract people that can play with them. Multiplayer mode is more fun and competitive as the world around them, unless you enjoyed playing it solo. But you knew that playing solo just to farm is boring. The game world really feels like you are outside the universe and travel them that make you feel real. But sometimes when you are playing it on single game, you feel annoyed because the game is recycled due to mission that you need to play again and again, same stage just the level of the enemies just higher level and moved to another stage. And if you want to follow the story-line of the game, without finishing bounties along the way or skipping some side missions that you can’t finish due to sufficient level up. The enemy have fair amount of variety but if you are a good player in shooting, you can just full out that trigger and shoot anything even the bosses are easy to handle.

The developer fails because most of the story mission is almost the same. Your avatar just needs to hack something then defend it for sometimes then after killing the last enemy you are going to the nest mission and do the same again. And sometimes after doing that you just met another defend or fight a big mob with no special traits or characteristic. And wasting maybe more than 16 hours to complete the story then beat that easy boss and feels disappointed because there is no reward after beating the story. They say that the game begin when you reach level 20. The higher level you are the most variety of weapon with light traits you can choose. It will drive you to go through the mission, heroic story and more bounties. The real variety here is the multiplayer, also known as Crucible. The developer delivers here what you can expect; satisfying multiplayer mechanics, excellent maps and fun game modes.

Most of the fans of the game series always wait what is new in multiplayer options. Some new players didn’t know about the tricks of the game multiplayer trades. But even there is a new moves in Exo-suit, like shielding, dashing, double jumping and invisibility cloak. There is always usual disadvantage. In this game there is a cooperative mode called Exo Survival that comes with the exciting fun where never known fun part is coming next. A moment that you will fight the attack dog and collect intel then fight with giant robots and invisible enemies. A nice mixture of offensive and defensive objective, and working with three players and picked a complementary Exo’s as the battle become difficult. It doesn’t ramp up as it should. You can also used your unlock points to upgrade weapons and suits that’s help you in the mission.

Throwing a suit of robot onto the game could have been a lazy path of the game seems different from the previous game that we played. But the developer has integrate its enhanced ability we choose in aspect of how we fight in the game. The game granted weight and importance to change the first-person shooting action feels in three different game modes.

Crucible: A competitive multiplayer game mode. Enter Crucible to sharpen your competitive skill against other player in arenas that extent across the solar system. Earn rewards and reputation in each victory.

Earth: Home of the legends. After the Darkness swept over us, we found the Traveler where they made its last stand. Beneath, we built the city with his protective aura. From here, Guardians stand and defend our civilization and fight out into wild frontier of the Earth to get what they taken from us.

Moon: The ruin of humanity’s former glory was found here. Recent explorations have been repulsed due to enemy’s activities and even strange phenomenon. This is known as the Forbidden Zone was only open to most brave and experienced guardians.

Venus: A paradise and was once the site of great discovery and now become monument of all we lost. They says that they built an academy dedicated only to learning and research on the shore of wondrous sea and those thing destroy what they invest in that planet.

Mars: What we knew here is a myth. They built a massive metropolis in red dust. The Darkness swept nearly all of it .No one knows what remain of lost age and still buried beneath the dunes.

Titan (Armored Engine War): Their lightning charge fist will knock you out. Their armor and shields make you invisible and thinks that you are the faceless knight who protects them from countless enemies. But the powers and resolves gives them the air of rising gods.

Warlock (Wielder of Arcane Power): They’ve found the way how their curiosity became weapon, harnessing the traveler’s light in patterns that never before imagined. They are not passive to scholars of unknown. These are mystic warrior that has a capable of incredibly acts of devastation.

Hunter (Master of Frontier): Equip with blade and quick in trigger, Hunter stalk battlefield as if they were hunting prey. Ruthless and cunning, they prized the undiscovered and prepare for unexpected, channeling their powers by intuition and guts instinct.

Fallen: Are hardly creatures that can survive in a wide range of environments without armor or complex of modification to themselves. They travel light, they hit and gone before you know it. They are look like scavengers. But if you inspect them in closer look you will see hint of a sophisticated past and proud markings of their Ancestral Houses.

Hive: manipulates the physical world in the way we can only begin to imagine. Found in the lifeless core of the Moon where in their Kingdom, where they remain silent and buried among many darkness and terrible secrets, that reminds the tremendous power that brings forth the collapse.

Vex: A mass-produced machine units from unknown metal alloy. All attempts to communicate with them are failed. They are hostile, unrelenting and deadly.

Cabal: The Professional Military Operation. Only few Guardians faced the Cabal and survived to tell the story. They were found on every frontier they have dug and ringed their installation with razor wire. It seems that they’ve turn their eyes towards us.

You can visit the official website of Destiny game to understand the game more.