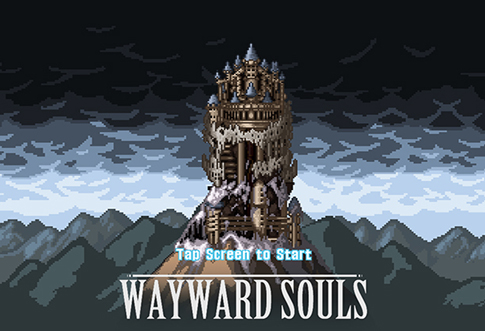 With unlimited of replay value, Wayward Souls is a must-have dungeon crawler that requires both practice and precision to finish even the easiest dungeon.

Wayward Souls is an excellent game, retro style RPG that challenges you to be able to go far as possible through extremely dangerous dungeons filled with monster creatures. But  this game is seemingly simple hack-and-slash dungeon crawler yet much more nuanced and addictive the more you play it. 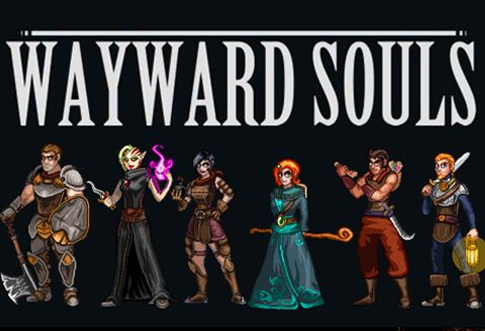 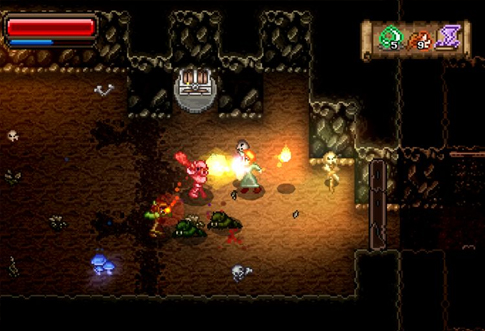 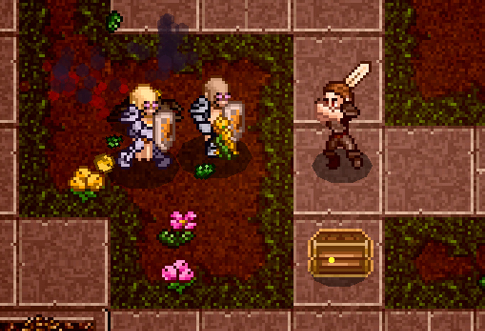 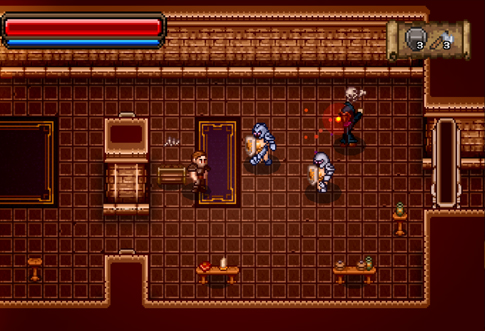 Wayward Souls gameplay is something similar to Mage Gauntlet, a 2011 title from game developer company “Rocketcat Games” that had similarities gameplay style and the same cute cartoon-like game graphics. However, in Wayward Souls game, you get just one chance at survival because — unlike Mage Gauntlet — if you got defeated you stay dead and you will have to start over from the beginning of the game.

With different adventures, Wayward Souls game becomes a game that’s more about how you willl be able to survive, you have to try figuring out how to be safe with simultaneously battling through hordes of monsters.

In the beginning of playing Wayward Souls, you will have to take a tutorial level that shows you the functions of game controls for the touchscreen. You initially play as a Paladin class as you learn how to navigate and become familiarize with the game controls. In this introductory turotial part of the game you’ll get a taste for general gameplay and preview the game’s amazing electronic soundtrack.

In addition to moving the character and attacking some monsters, you have two extra character skills that you can do with a vertical swipe touch. The skills you will get depends on which class you will choose to play. For example, as the Warrior class, you have an ability to throw an axe when you swipe upward the touch screen, or equip a shield with a downward swipe.

Though you play as the Paladin class in the introductory game tutorial, the Paladin character is not available when you start playing the game. Rather, you’ll have the choice between a Warrior, a Rogue, or a Mage. There are three additional classes that are greyed out on the character select screen, these are Adventurer, the Spellsword, and the Cultist. Each of these additional classes in-game will unlock as you complete quests and kill bosses.

Once you choose your character class, you’ll enter the first dungeon. The class you choose deeply effects how you’ll play the game. Not only will it change how you attack monsters, Wayward Souls is about staying alive, so defense and durability is a big part of your choice. In this way, you can almost think of the classes as difficulty levels. The Warrior will probably last longer compare to other three characters because it has the most defense, hp or life and tougher. Playing the other classes requires you learn how to play around their specific vulnerabilities.

Fortunately, the game gives you a little help in the form of upgrades and skill bonuses. At the beginning of a run, you’ll have the option to use earned coins from quests and battles to buy upgrades for various skills. Some will help you regenerate health faster, while others might make your attack stronger. Your upgrades carry over game to game, so you can come back the next time even stronger than the last.

Weapon and equipment upgrades happen within the dungeon whenever you find one of the shrine-like structures. The game will give you two upgrade options for a single item making it stronger than before. These upgrades do not carry over between games, but could be just the thing to make you survive in your current game.

You can visit the game website of Wayward Souls to understand the game more.