Farm heroes saga is one of the most accepted and admired games on Facebook. Precise information, guides and tips are available. Newbies will enjoy playing this game. The bonus of five lives makes it easy to sustain. The player has to help farm animals to pass through different farms and constrain away Rancid the racoon. The game is addictive and after one play you will want to play again and again. There are definite moves in this game and your goal would be to complete it within those moves. To drive away the racoon you can throw vegetables on it. The whistles and bells make this game play even more enthusiastic.

It’s an easy to play game, but sometimes it might seem indescribably frustrating.
Tactics and tricks are required less in the first few levels. This results in a fair bit of monotony to grasp you early in the game.

The player in Farm House Sage has to help the animals pass through a number of farms by dodging Rancid the racoon. Reaching a specific goal requires the player to switch tiles and make matches. However, a number of moves are pre specified for each level. The target therefore is to reach the next level within a specified number of moves. Attaining various levels is accompanied by a collection of various items and these are required to be matched as you move.

The graphics of Farm Heroes Saga game is adorably cute. Minute elements like appearance and facial niceties of the vegetables, crops, water, sun and animals reach the level of the game to an extreme level of cuteness and prove too attractive. These small elements make this addictive for all players. A player has to collect crops on his way to collect stars. The player can get 3 stars, but for that he has to collect maximum number of crops which is quite intricate.

Farm Heroes Saga gameplay is about travelling through farms along with animals, and you have to collect crops to get the stars. Your major obstacles would be Rancid the racoon, and to reach the next level you have to collect the minimum amount of required crops. The 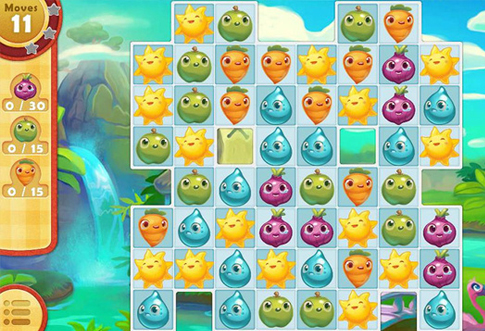 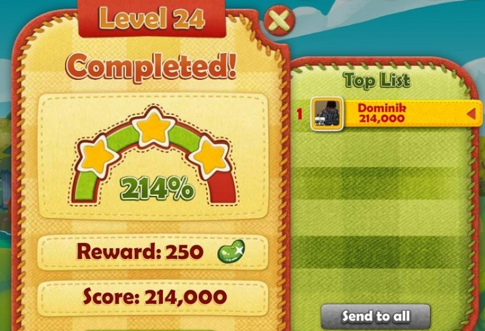 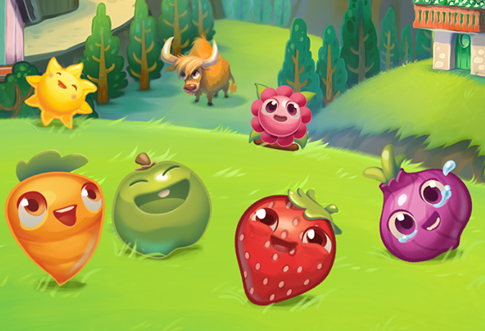 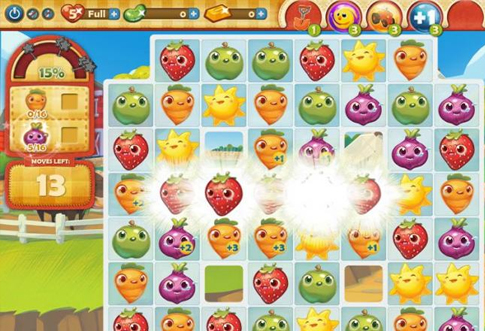 re are two elements that the player needs to collect in fulsome amount, water and sun.

Farm Heroes Saga game is precisely addictive and cute, and anyone whether an amateur player or a professional one would love to enjoy the elements in this game. The main character is a farmer who is accompanied by dogs and pigs wearing galoshes and goggles and various other creatures. This game doesn’t only require earning points, but you also have to diverse tasks that differ from level to level.

The farmer has to pass through different levels where he is specified with a certain number of moves. He has to save the farm animals from the opponents and has to harvest a specified amount of crops which includes: suns, strawberries, raindrops, onions and other cutely featured elements.

Farm Heroes Saga characters The Farmer, Rancid the raccoon, farm animals and other elements like crops, sun and raindrops.

Along with the engaging gameplay, the cute elements like the smiling suns, the pig wearing the goggles would surely be a bonus during the play.

You can visit the game website of Farm Heroes Saga Game to understand the game more.