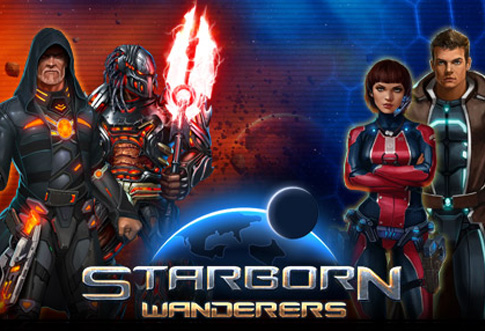 It can be played offline. Nice graphics. Spectacular space battles. Many spaceships to choose from.

Need to use real money for in-game boost.

Starborn Wanderers is a strategy game which takes place in near future era. This game genre is perfect for players who like Sci-fi games. You will act as a young space wanderer who will solve secrets of the Universe.

Future humanity has assembled and found a shelter in a far galaxy called Terra Nova. A mysterious alien spaceship known as the Ravager, the spaceship destroyed the planet and threatened the mankind. Humanity is working together on the Phoenix Space Station for exploration to far reaches of the universe and defeat vicious space pirates and hostile space aliens. The player would be a young cadet from the Military Space Academy to explore the whole universe and protect the human race. 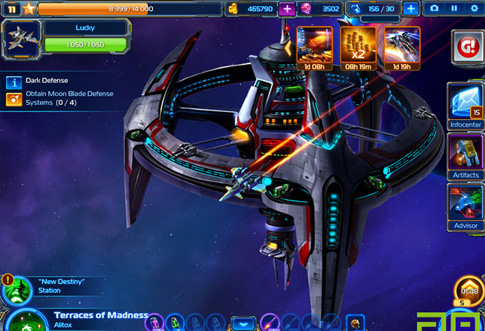 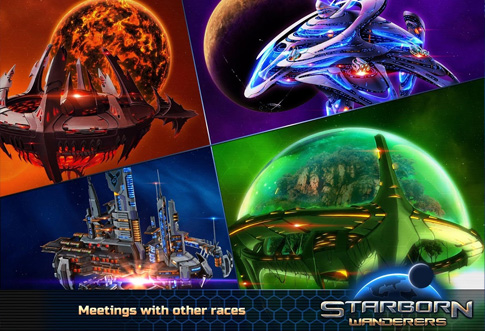 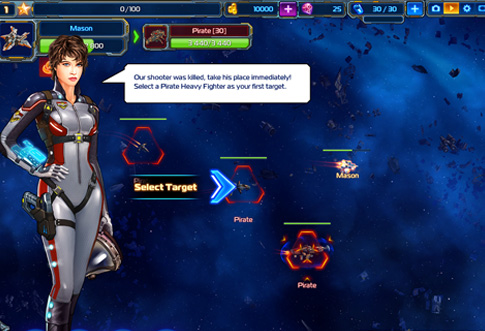 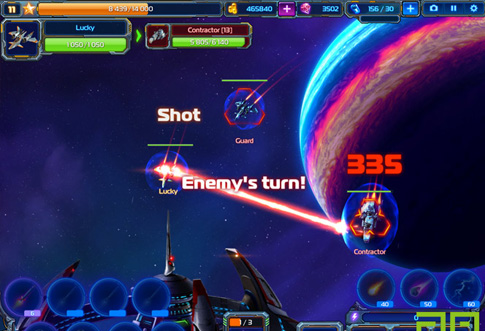 Starborn Wanderers will put you in the role as a space cadet. This is an open world RPG and let you play with others online. Before you start your adventure the game allowing you to choose which gender of character you prefer either male of female. You may also customize the character’s name and upgrade weapons, items etc. later on. The gender you will choose has the same experience, after selecting the character gender an introduction of the game to the universe will follow.

The game Starborn Wanderers gameplay has an amazing graphics. The combination of 2D and 3D graphical imagery is perfect to create a unique universe. Although they should have included a voice over or video animation for each cut scene instead of static image with written text only. The game characters featuring unique different kind of humans and aliens from small to large types. Graphics and action in game is too colorful and bright that is totally eye catching.

The game mode features turn by turn gameplay. Starborn Wanderers have varying attacks and power ups that allow you to attack the opponent in different ways and situation. You could also purchase important items and upgrades such as health, equipments, weapons and other items. Starborn Wanderers online game will give you a unique features and unique feel. It is really a fantastic space adventure game that can be compared to Mass Effect, it is truly worth to download and explore!

While engaging in combat in game can be done with a regular ship although you would need to purchase and upgrade new parts of your spaceship, you should have enough credits to buy the upgrades or new spaceship. Additional ammunition and items such as missiles and energy cells should be properly distributed so you can use these in the right situation.

Always take note that you can only carry a specific load, store your excess items in the warehouse that is located in the station for storage. You can always pick the stored items once you need it.

If you want to level up quickly try to do some contracts as you can also earn some credits and experience points by completing in-game tasks. You need to remember that each mission needs to be done quickly because there is a specific time limit to do those. Always be cautious with your health while in combat, replenish your health using nanites when you needed especially if you are in danger of losing the fight.

Determine which types of attack that you will choose, players have 3 basic of attacks in combat and these can be chained to perform a combo that is more powerful to knock down an opponent. Try to use Electricity if you encounter multiple opponents, Electricity works best as it can destroy enemies with low health while damaging other enemies as well. Using missiles also will do if you like to sneak an additional basic attack to your opponent.

Try to use more powerful attacks initially, never hesitate to use powerups if it is emergency or really needed. Take down enemies at a time because once you are outnumbered enemies will attack you twice each turn while you can only attack once.

You can visit the official website of Starborn Wanderers game to understand the game more.