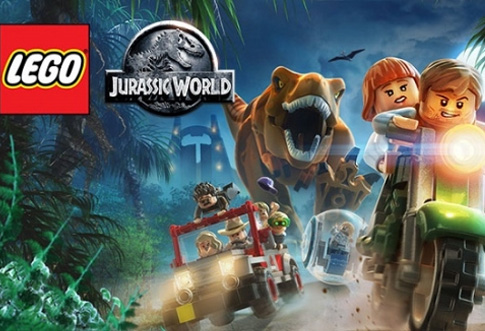 Fun to play, a must game to play for LEGO and Jurassic movies fans.

Confusing to unlock and connect each level.

The LEGO charm is too unbearable and cute. LEGOs and Dinosaurs somehow reminisce those great childhood days pastimes in an interactive on-screen gaming adventure.

LEGOs and Dinosaurs somehow reminisce those great childhood days pastimes in an interactive on-screen gaming adventure. This puzzle adventure game is as old as dinosaurs – developed by TT Games has used this same formula for over 20 LEGO game franchises since 2005’s LEGO Star Wars – though the game is like the pre-historic creatures era, but there is still a ton of charm.

The LEGO game world is made out of LEGO bricks and hundred plus playable characters that can be broken into pieces to be spent on bonuses or rebuilt within the game environment to progress further in the world. Unlike most LEGO adventures game where characters have super powers and weapons, LEGO Jurassic World’s character skills are little different and these are; Paleontologists who can dig for the artifact, Zoologist who are not afraid to check piles of dino-dung, and Hunters who can target species from afar. 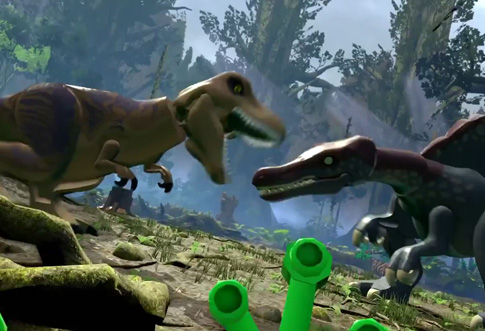 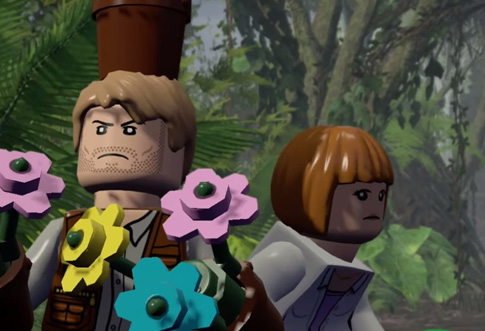 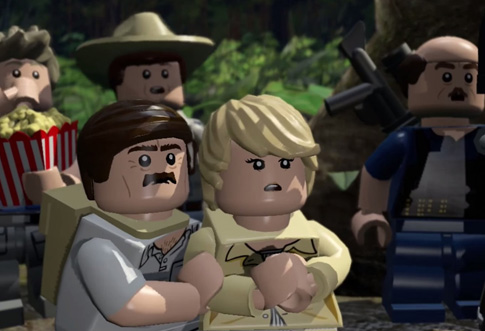 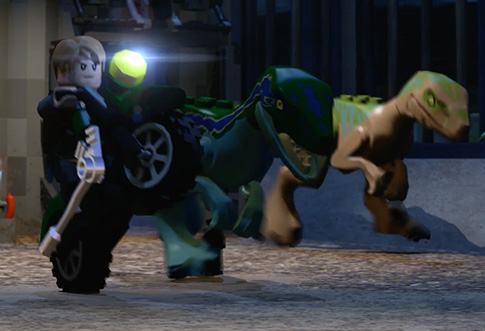 LEGO Jurassic World game has less in game combat compared to the other LEGO adventures, which is normal because the game is based with the movie and we know that Jurassic movies are mostly about humans trying to avoid flesh-eating dinosaurs. That makes the game fewer fights and has some dramatic flare. The species in LEGO Jurassic World requiring your full attention because they will swarm in packs, their size, damages and speed can make them hard to hit. The random spawn is so unpredictable sometimes there is one pack nearby, sometimes there are two, sometimes there is an infinite supply of species that won’t stop attacking you until you are covered up with many different creatures.

LEGO Jurassic World includes a series of four movies broken up into five different short stages that run two or three segments each. In the span of 30 minutes, you will be able to save Lex and Tim to traversing a tree to reach a crashed jeep, to throwing flares in Trex’s mouth during in a tense car chase. LEGO Jurassic World gameplay will make you feel annoyed, antsy and enjoyed about a certain story or set of characters. The gymnastic escape scene at the end of Lost World is a bit disappointing, but it is just one level away seeing William H. Macy in LEGO form.

The creatures and people of LEGO Jurassic World are fun to play, you will enjoy each level, but the overworld is messy, especially when you try to explore the islands to find the entrance to a new game level. You can play the original Jurassic Park and the new released Jurassic World right from the start, The Lost World and Jurassic Park III can be only unlocked to play after completion of the preceding movie’s adaption. Fast travel is uncertain as most of the icons on the map automatically load game objectives. If you wish to explore the area to find new stages you have to scan each icon until you found the stage that is connected to each section’s kiosk, which became boring and other players usually just walk through the interconnected movie hubs to get to the next destination.

LEGO Jurassic Park is like a real theme park, you will have fun on the park attractions, but frightful getting there. The LEGO charm is too unbearable, for the first three movies, voice clips from actors are used sparingly and help add some spice to what should be a line-by-line retellings. Instead of the fearful investor getting eaten alive on a porta-potty, he stays in the T-Rex’s mouth for a couple of scenes, he can be seen cleaning the T-rex’s chompers with a toilet brush,

Whenever dinosaurs need medical attention they require ice pops and candy bars instead of operating the creatures, also there is a bit twist in Jurassic World and you will found out along the way.

You can visit the website of the Lego Jurassic World game to understand the game more.