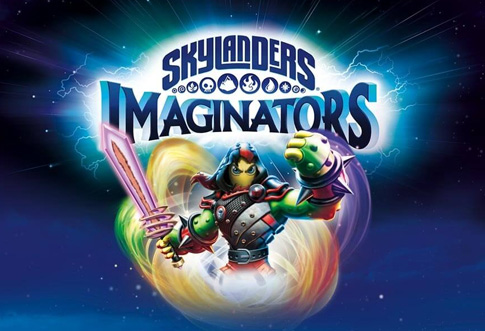 Customization options are amazing. Combat is varied and great fun.

It won’t let you forget you need more plastic.There are microtransactions for extra loot.

In Activision’s defense, though, this is literally what the game is made for, and there're hours of fun to be had in the main game. Skylanders: Imaginators is a surprising delight.

No matter which of the starter packs you choose – go for Crash Bandicoot and Neo Cortex on PS4, you know you want to – Imaginators comes with at least one of these Creation Crystals. Pop it onto your glowing Portal of Power (a plastic plinth that plugs into your console via USB) and, as it pulses pleasantly like an actual rune in your living room, you can select what Battle Class you want your Imaginator to be. It’s worth noting here that whatever you choose, from Brawler to Swashbuckler, you’ve got it for good. Once you’ve selected a class, there’s no option to reset, and you’re permanently set to one of the ten options. While this is clearly a hint to buy more crystals, each of which is tied to an element in the game, what you get for each one is impressive. Once you’ve selected your class, it’s customization time and this is no regular creation tool. 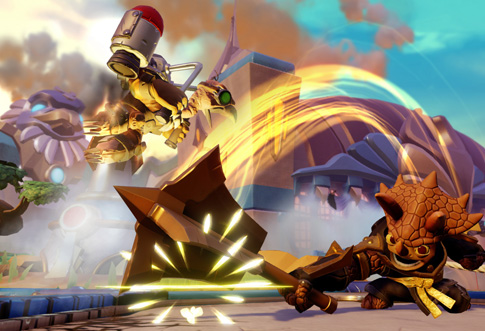 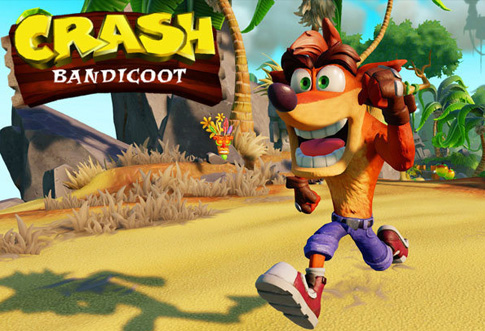 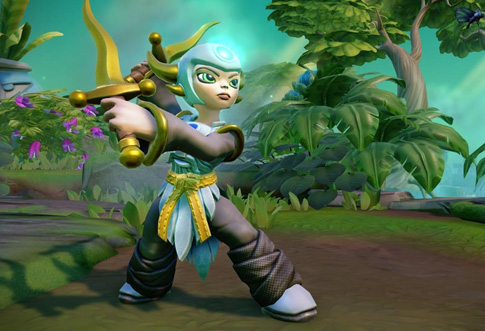 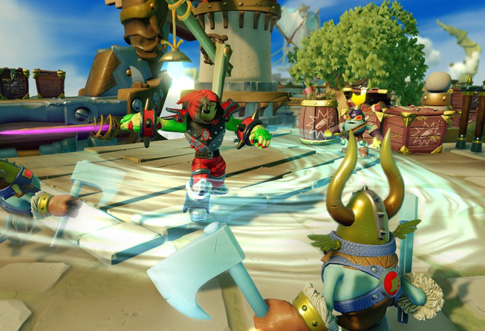 While there are the standard options of hair, eyes, and face, Imaginators also gives you the ability to customize legs, arms, chest, and add bonus tails and ears. Each of these can be personalized further.

But that’s not even where the fun stops. Once you’ve decided how your Imaginator looks, there’s a catch phrase to construct, voice to pick and even a soundtrack to select that plays while your Skylander hurtles around.

The customization doesn’t end there. Weapons and gear are unlocked in both the hub world and individual levels. They each have their own stats and boosts, and are basically Activision’s gateway drug to Destiny, unlocking via colored crystals that come in four levels of rarity.

On top of the main game, where you’re joined by none other than Spyro The Dragon and his friend Stealth Elf on an adventure to save the universe from the dastardly Kaos, there are a number of bonus ‘realms’ to unlock. These are opened using characters called Senseis, each of which hand over stacks of bonus moves, weaponry and an overall stat boost to your Skylanders. It’s through buying more of these that you’ll open up even more of the world, but you won’t need to do that for hours.

There are swathes of content with the starter packs. The excellent campaign takes you through beautiful, sprawling levels of platformer, with puzzles to solve and gongs to the ring, after which Sensei’s battle hordes for extra rewards. The satisfying combat means you’ll want to test them out, too. Each character has its own fighting style and bonus moves, and things get enjoyably chaotic. Pringle ended up with a fire attack a bit like a flaming grenade that burns enemies to a crisp.

Where Disney Infinity always seemed somewhat sterile in its world creation, instead of depending on its character roster, Skylanders pours life into these environments. Whether you’re trying out Crash Bandicoot’s exclusive Thumpin Wumpa Islands, compete with dancing palm trees and in-jokes galore, or leaping between pirate ships and avoiding cannon fire, there’s vibrant life everywhere. Throw in breakneck rail riding sections and it’s like a living Dreamworks cartoon, to the point it’s a genuine pleasure to explore for extra loot. His exclusive level is a love letter to the original game, and even has bonus ‘chilli pepper runs’ where you’re chased by a boulder.

But this is a game that’s made to sell more toys, and on the sales front, it’s sometimes overwhelming. Crystals are found in the Imaginite chest section of your menu, and once you’ve run out of your gift chests, you’re immediately faced with a store to buy more chests with very real money. While it’s good that there are no special items locked behind the paywall, and crystals are randomized, there’s still an enticing, slot machine aspect that’s a little too addictive for comfort.

While all your original Skylanders characters will work in the game – and there’s a race section to relive the joys of last year’s Superchargers – this is all about the Senseis. To unlock the hidden realms and all that loot, you’ll need to shell out on individual figures. Plus, if you want a non-fire element Imaginator, it’s off to the shop you go for a new crystal. In Activision’s defense, though, this is literally what the game is made for, and there’re hours of fun to be had in the main game. Skylanders: Imaginators  is a surprising delight.

You can visit the website of the Skylander: Imaginators Game Review to understand the game more.

Ni no Kuni 2: Revenant Kingdom Game Review
Be the first to comment!
Leave a reply »