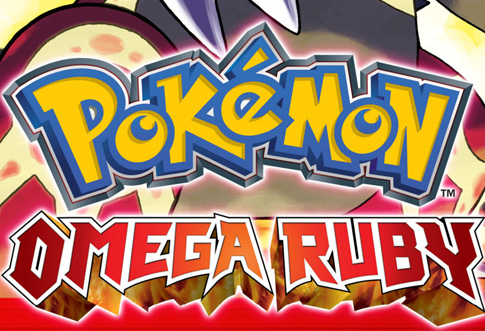 It's only a visual improvement, the main character still being zero dimensional

It's easy to become cynical about Pokémon. There's always a young hero, a team bent on world domination, and a turn-based combat.

Pokémon Omega Ruby is an enhance remake of original Pokemon Ruby version which released on Gameboy Advance 11 years ago and to deliver the best version of it. It will take you on a journey like no other. Although the new features and graphical updates make it a hard sell for those who have already invested many hours in the originals.

Pokemon Omega Ruby has the same visual that pokemon X and Y game. In Pokemon Omega Ruby game, you will travel around the Hoen region and you need to collect 8 badges to compete in Pokemon Champion League and also to learn the Mega evolution. Take a journey to Hoenn region where two large organization (Team Magma and Team Aqua) with opposing aims are lock in a struggle. The most useful in the game is the DexNav. DexNax is a radar that will help you to capture the strongest and rarest Pokemon in-game. Sometimes you will see the shadow of the rare Pokemon everywhere but when you reach before them they will immediately disappears. To catch the Pokemon, simply move the analog stick towards the shadow to capture it. 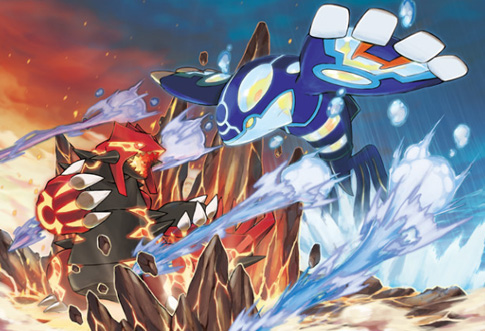 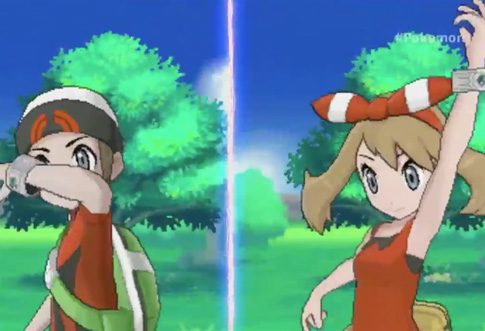 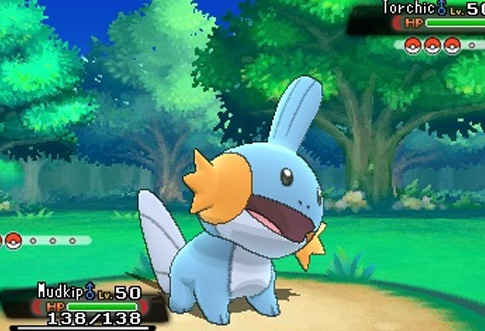 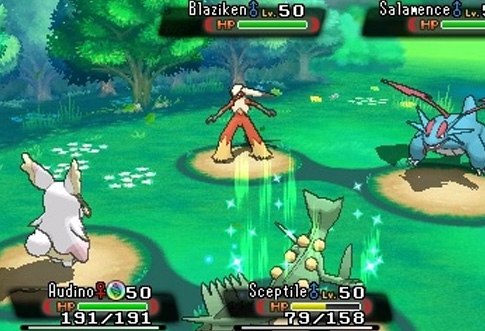 If you played the old version game before you will become familiarized easily to the game because of the structure is just the same. Collect and train your pokemon so you will become stronger and for you to face other pokemon in the region. Visit Pokemon’s Gym and get 8 badge then challenge the master trainer called Elite Four, the difference is that you will need to find the special stone that makes your pokemon to mega evolutions.

In addition to megas Pokemon Omega Ruby gameplay introduced the primal revision of Pokemon, it has a similarity to megas but temporarily transforming a pokemon and powering it up. It just revert the pokemon to prehistoric version of itself. While some of pokemon can’t undergo primal revision it is more considered and interesting than mega evolution because lore already supported it and we know that every pokemon games hide a fossil that can restore ancient pokemon to bring life. Players even come up with theories how a certain ancient pokemon turned in newer pokemon over time.

You will encounter the primal revision thru the story of the game. The villain Team Rocket (Team Magma in this version) who want to revive the ancient pokemon and use it to transform the world through their power. While the version enemy is neat, and the primal revision is added to the game. These elements in Pokemon Omega Ruby is somewhat underwhelming. The game never explored mean fully primal revision, lore-wise and the villains were written in simple that players simply expect in a children’s game. The heart of the game is about exploration, not just hidden pokemon but the region is hiding some secrets like items, nooks, underwater pathway and crannies were you can build your own base. Most of the players have the “gotta catch them all” motto not just to complete the pokedex and to become a strong trainer but also to learn more about the pokemon themselves.

If you want to get those legendary pokemon in previous version you have to work for it. For example talk to everyone in the game that maybe gives some clue about the Legendary Pokemon that you are hunting. The world of Pokemon Omega Ruby is mysterious and a lot of things to discover.

By using the communication features, you’ll be able to connect easily with other players all around the world to share your Secret Bases with one another. You can also use Super Secret Base to capture the flag activity. Enhance your Pokemon’ ability by feeding them Pokeblocks, these are candies made from berries. The type of pokeblocks is based on the color and variety berries you choose.

Pokemon Amie – it is a game feature that allow players to get closer to pokemon. You can play with your pokemon using pokemon-amie anytime for more care in this way the deeper bond you will become.

Pokedex – Is an item found in every Pokemon’s Game, a device that automatically records all the pokemon that you’ve seen and captured. The Pokédex section has a wealth of information on all the Pokémon creatures from the entire game.You can see on the main list the stats of each Pokemon. Just click the Pokemon’s name to see the detailed data of the Pokemon.

DexNav – new mechanics in your pokedex, that allows you to examine your location for a Pokemon to catch. And also reveal rare Pokemon that showed as shadow. You need to gently tap your circlepad to capture these Pokemon. It’s not that their stats is better than normal Pokemon but they all have unique techniques. The more you use the apps the search function will level up.

Pokemon Stats – All creatures has array of stats. Hit points also known as HP is a Pokemon’s life. If the hit points or HP reach to zero your Pokemon will faint and it will go back to your pokeball. You cannot use your Pokemon monster in the battle for a meantime. Speed is the basis if who’s Pokemon will attack first. Stats can be critical in a long time.

Attack and Special Attack – Measure the strength of the moves used of your Pokemon. The higher the attack the more damage you can inflict to your opponents.

Defense and Special Defense – Measure the ability to take damage from your opponents. The more Stats the fewer damage you can take.

Bicycles – Also the one of the most helpful item in your bag. It will change the way that players traverses through the game. The Acro Bike has an increse speed over running but not that much speed. The Mach Bike is two times the speed of Acro Bike, it start off slow but while you speed up it goes incredibly fast. And new features in this game is that you can have that both not likely in previous version that you can only have one bicycle.

You can visit the official website of Pokémon Omega Ruby game to understand the game more.