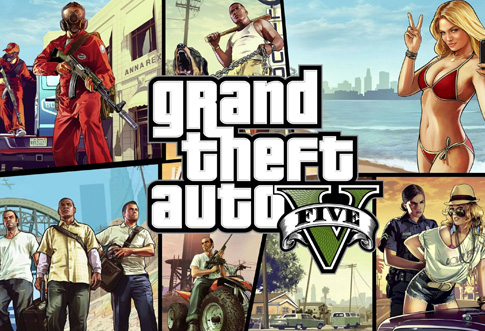 Many activities to do in-game. Impressive gameplay compare to GTA 4.

The only complaint about Grand Theft Auto 5 is lacking of endgame. Violence and sexual theme, not applicable to play by minors.

The Liberty City was an amazing and incredible place. Rockstar released another franchise of Grand Theft Auto. Grand Theft Auto 5  gameplay rammed Los Santos packed with many things to do. The city was surrounded with desert and mountain areas with new adventures, stuff to purchase and steal, random events and lots more. 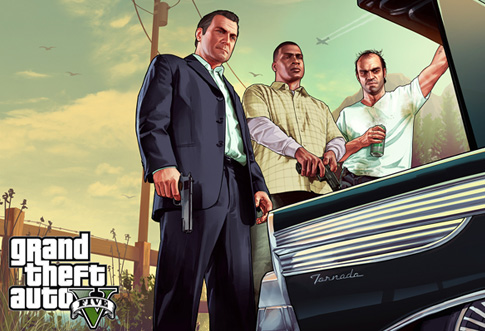 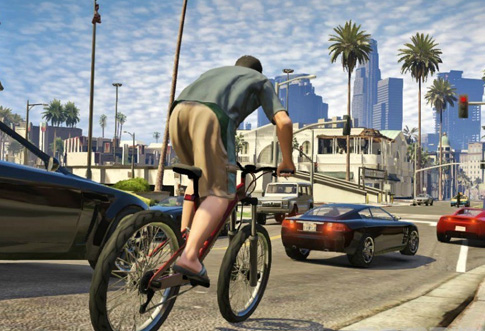 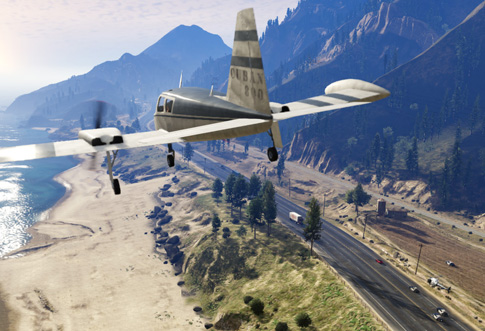 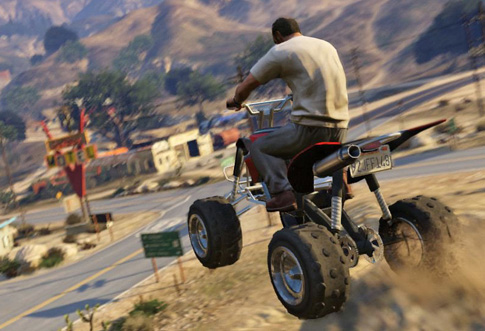 Grand Theft Auto 5 game packed in lots of activities from trash-diving to skydiving. Los Santos takes Los Angeles with its basic geography. It is now more entertaining to navigate where every street has its own story. The chain-link fences and landmarks are based from real life (Grauman’s Chinese, Chateau Marmont).

The new activities in-game could be nearly anything, there are many things to do in the new San Andreas such as tennis, yoga, hiking, racing on sea and on land, flying planes, golfing, cycling, diving, hunting, and more. The in-game missions are an able guide to both locations and its activities in San Andreas, that will tour you around the map and let you explore of it al. Some places in San Andreas contributes to the impression that it is a real place and feels like a living world. You may encounter people walking their dogs along the beachside, arguing on the street in Los Santos and camp with tents overnight on Mount Chiliad.

The game ambience changes depending on location. The animation has changed and also the world is more expansive, detailed and populous.

Rockstar made an update to enhanced the Grand Theft Auto 5 graphic settings such as the game is better running at full 1080p resolution with enhanced textures, lighting effects and game detail in general. Rockstar also increased the draw distance of Grand Theft Auto 5 that makes vistas of the San Andreas region extremely amazing. The weather like rainstorm in-game is more convincing compare to previous series. Grand Theft Auto 5 proves what an open-world game can be in terms of graphical quality, resolution, scale, and lots of things to do in-game.

Grand Theft Auto’s San Andreas is a fantasy but greed, corruption, hypocrisy, and the abuse of power are very real. Rockstar’s new narrative criminal mountain but this time with a twist. Grand Theft Auto 5 has now three main characters, each character has its own history and goals.

Rockstar make things start off interesting, they made Michael out of his retirement with cleverness and  Franklin end up to step alongside him, before they plan a rob together and Trevor comes onto the scene. You can switch between three characters at any time by selecting someone else on the character wheel. The camera will zooms out into the sky, and pans to their location and zooms in to find them. There will be a time that you might catch each of them cycling through the hills, having a cigarette at the gold club, walking out of a stripclubs, walking half naked under a rock, arguing with his ex-girlfriend or just at home watching tv. If the three characters are in the same location then the transition is quick.

You can visit the official website of Grand Theft Auto 5 game to understand the game more.