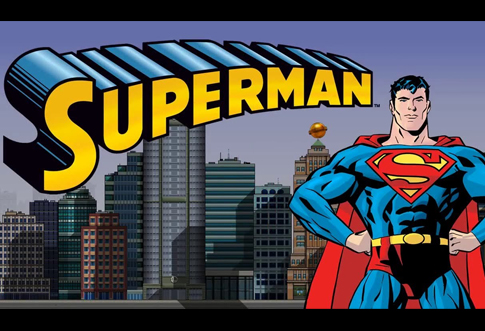 Light on the mind
Easy to play
Decent graphic quality

The graphics could have been a lot better than what they are and give the game a comic touch. Being made in relevance to the origins of the character, the game fits the purpose. Focus has been on use of primary colors and basic visuals with no fancy added.

Superman is one famous comic book character who is unknown to no one. Many games and other entertainment sources have been based on Superman but hardly any could do justice to the integrity of its character. Superman by Chillingo is a game compatible with iOS which makes you play as the man of steel and save Metropolis. You have all Superman’s powers and over that you also have a few additional ones such as Super speed, strength, breathe and heat vision. You are in control of Superman through a virtual joystick mounted on the screen and two action buttons for battle. Fight against soldiers, drones, helicopters, missiles, convicts, fire, rocket launcher and lots more through the course of the game. 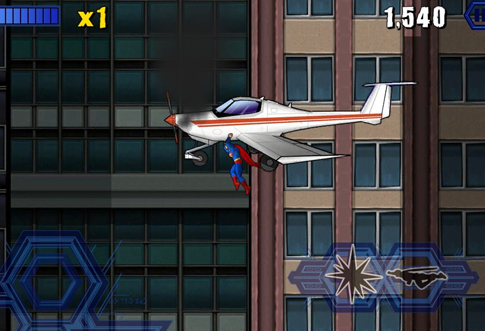 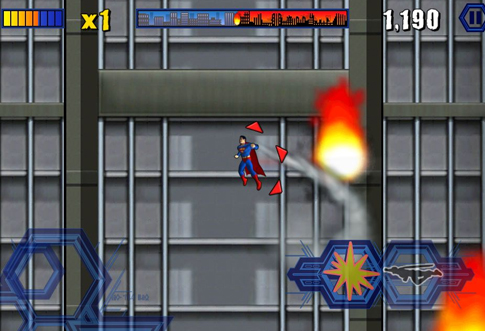 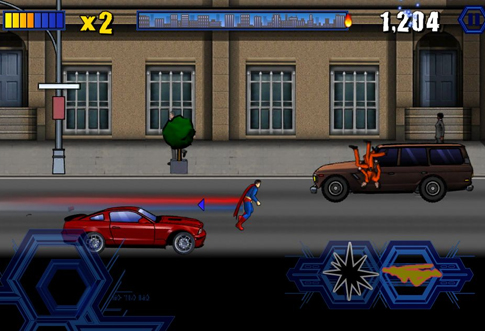 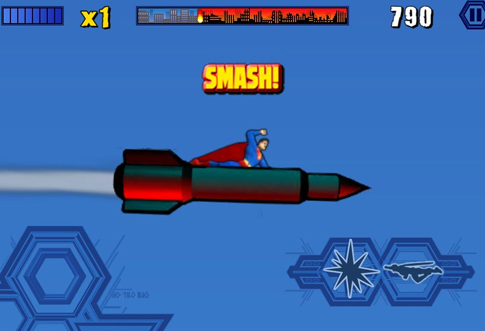 Superman The Man Of Steel by Chillingo consists of 18 distinct levels each with its own waves and eventually leads to the final alert to stop. The story comes to its climax unexpectedly quickly while being very straight forwards and simple. There is not much fancy in the story nor is it too deep.

Superman is an arcade game with levels with different problems that Superman has to solve. The level of difficulty increases as the player levels up. Destruction, damage and ciaos will increase with every level and the city life deteriorates if the player does not manage to take control. Superman has the responsibility to help the city life and not let it get destroyed.

Superman The Man Of Steel gameplay hints out areas of problem where the player has to reach in order to bring the situation in control. It is not just about saving the city but also about doing it in the shortest possible time. You earn bronze silver and gold medals on your performance. The player would get a score on completion of every level which would judge the performance and reward with a relative score.

On the whole, Superman by Chillingo has been developed with a positive intension. As a matter of fact it is not an easy job to actually do justice to the great character of Superman. There would always be some flaws in every entertainment based on Superman as it is not possible to satisfy every person’s complaints and critics. The game is good for killing time and cannot be played with as a mission or challenge. The game does not involve intense brutality or gruesome action but portrays the feel of saving a city life and feeling the pressure of being responsible of the whole city.

You can visit the game information website of Superman The Man Of Steel (iOS) game to understand the game more.