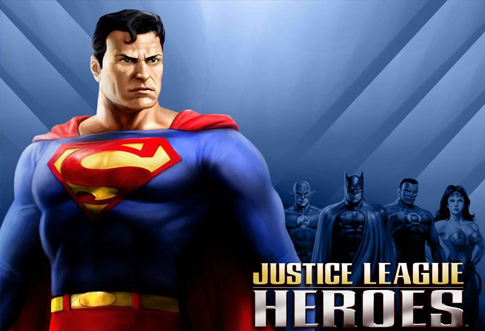 The game serves as a good starting point for gamers who do not ask for expert level game plays and skill utilization. The game does not put stress on the mind and brain and can be played with ease. It might seem to be disappointing for those who expected more variety of characters. Justice League Heroes United is a well developed action game which maintains the players’ interest and keeps them involved.

Justice League Heroes United is a moderate paced action arcade game based on the Justice League Comic. It is a straight forward station to station game which lets you fight robots and getting all your frustration against them out. For all those Batman inspired champs, Justice League Heroes United is just for you. There are no additional, side tracks challenges or quests you need to pass, no hidden routes that you would get to know off much later in the game neither are there any morality choices you need to make. It is simple yet engaging. 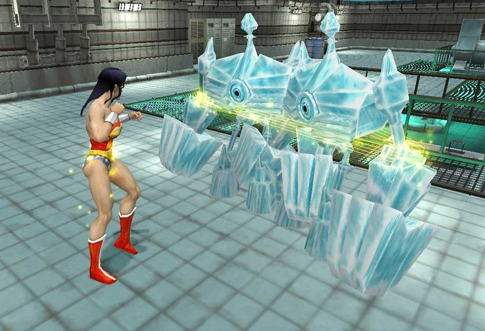 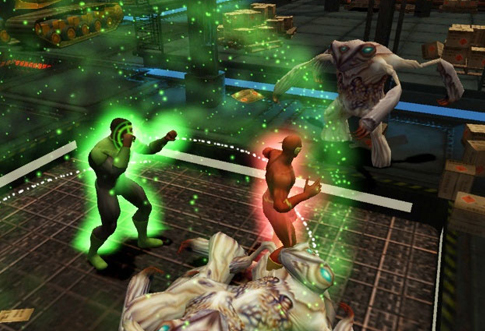 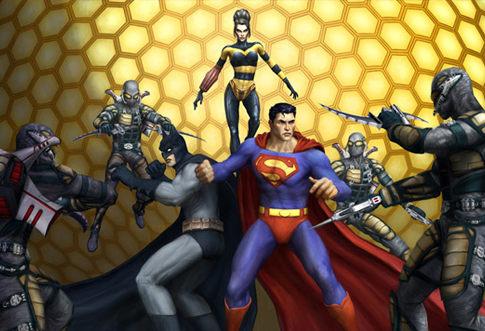 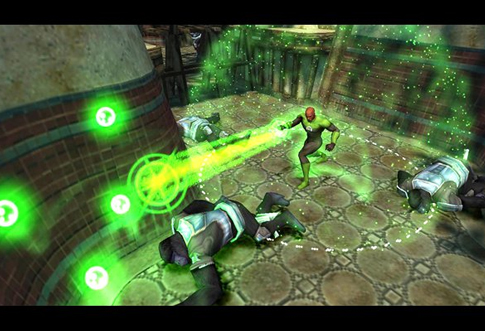 Brainiac, Superman’s smartest foe, starts to receive mental cues and messages from the alien rock as the meteor hits the World. With the motive of freeing the meteor that came in the possession of the League as soon as it touched down, Brainiac moves towards his mission which launches the game.

From the street of Metropolis till the surface of Mars, the action progresses to ultimate levels. The base line remains the same being quite straight forward, until the story twists with the final confrontation against Brainiac reveals new directions to the League. The twist managed to save the story from coming to its climax in a very short time. After this the final boss battle is the next big thing in the game which actually serves as the pride for the players.

Justice League Heroes United gameplay starts with 7 heroes – Batman, Superman, Zatanna, Martian Manhunter, Wonder Woman, Green Lanterm and Flash. There are other heroes that could to be purchased as you advance in the game with the tokens collected in all the levels. There are also other costumes for each character that can be bought with these hard earned tokens. You may modify your favorite super hero according to your own choices while being the hero yourself. You might even end up looking a totally different character! Beware that the costume modifiers has positive as well as negative effects on the stats.

Each character has been gifted with different types of additional powers over the ordinary abilities. Which character you choose would determine what powers you get. You might like to play with different types of heroes to explore powers and then decide with the character that appeals to you the most. The powers have been developed well and make the game fun to be played. They might not feel as too extra ordinary but the effects they add to the game’s experience.

You can visit the game information website of Justice League Heroes United game to understand the game more.