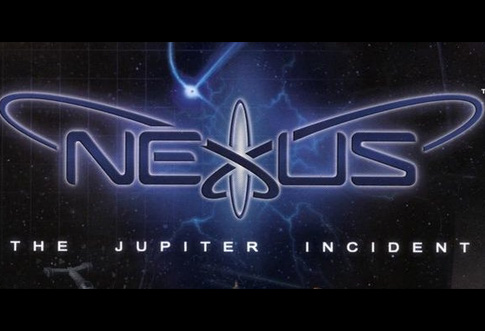 Some parts of the game is frustrating like the Stealth Mission. Few gamers who are playing the multiplayer.

Overall, Nexus is not bad although it is not perfect. Every sci-fi fan will like it because the game has what it takes and probably close to foreseeable future of space/sci-fi games.

Nexus: The Jupiter Incident is a sci-fi game that any fans of space game should play. The game itself has a space tactics that fans of the sci-fi genre have been expecting for, as it takes beautiful storyline, next generation graphical technology in game and exciting game concept such as starship combat, rogue artificial intelligences, galaxy-spinning wormholes and a lots more. 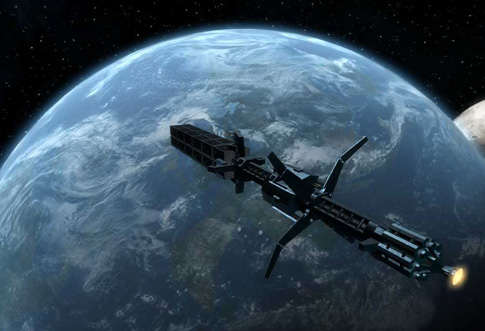 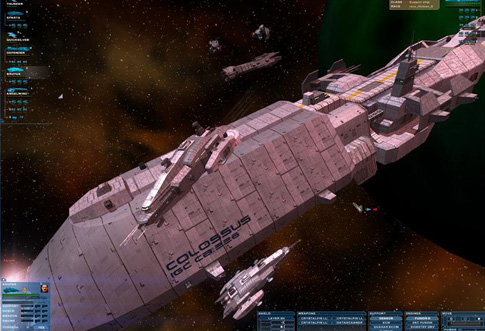 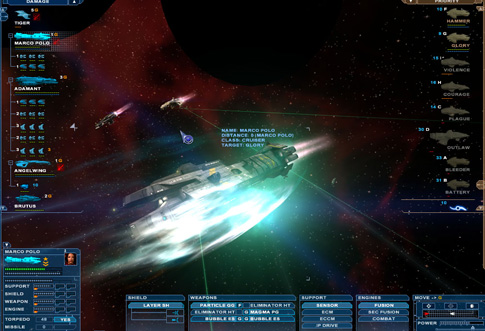 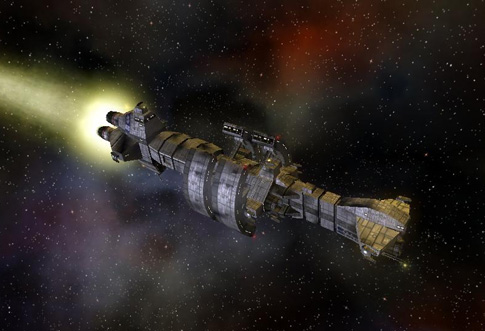 The story of Nexus: The Jupiter Incident gameplay evolves with Marcus Cromwell, he is a legendary figure employed by SpaceTech, one of the leading and mega corporations that colonized the galaxy. He is in-charge of the frigate Stiletto that needs to patrol the far corners of the solar system while on the mission to lookout for rival corporations. However, the climax of the story is Marcus will be sucked into galaxy-wide war between alien races and a lost remnant of humanity.

At first glance, Nexus looks a bit similar to Homeworld and Homeworld II in which you need to control a starship in to an interstellar combat. However, the main difference of the game is that Nexus is not a real-time strategy game like Homeworld games so there are no resources to gather or no units to build.

The game control is pretty simple once you figure it out. To move or attack in game, simply choose the ship you want and click on the corresponding action icon to deploy the attack to the selected target. You will then watch as your spaceship fires its weapons to accomplish the task. By using the control, you may also control a small group of ships and the accompanying fighters easily. The game can be paused at anytime to zoom the camera and issue an orders.

There are many tactical depth in missions but depending on your ship’s features and loadout. As an examples, if you’re ship is armed with shield-draining devices, you may easily knock down an opponent’s shield and then switch to a more powerful weapon to finish the enemy. Or if you’re armed with disabling weapon devices, you can easily target a specific components on an opponent’s ship.

Take note you should be aware of energy management, as all of those weapons, shields and ship devices require a lot of power. That is one of your jobs, to manage the ship’s power, which you can boost it to different systems such as the usage of shields and weapons while avoiding to drain the ship’s energy reserves.

Each campaign presented as a linear story will last up to 20 hours, although it does offer some strategic depth between missions. You can easily customized your ship with equipping latest weapons and devices available however, you’ll be limited by the number of resource points. To make it clear it means you will have to device to trade-off between shield-draining devices and device-disabling devices. It’s hard to estimate or to know what you’ll need in the mission until you play it at least once to know what you’re up against.

Nexus: The Jupiter Incident online game multiplayer mode is not complicated, fairly simple but quite entertaining as you can find other players as an opponents online. The ships has a standard deathmatch and team deathmatch modes, and also you may have an option to create a custom skirmish in-game. The skirmish depends on the server settings, each player in-game can control a small flotilla of ships and their goal can be the who will get the most kills, more points to get or be the last player who can lasts in game.

However, the real challenge while playing Nexus is to find an opponents unfortunately there are only few servers at the moment as the game does not have that large number of audiences.

You can visit the official website of Nexus: The Jupiter Incident game to understand the game more.