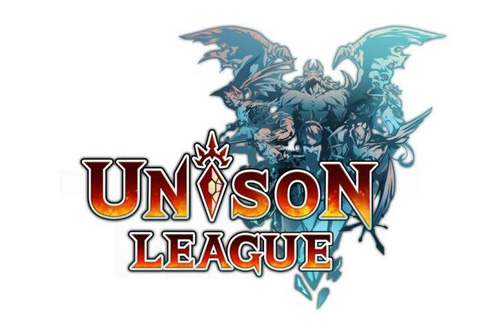 Repetitive gameplay
In-game purchases to have more advantage in game

Unison League is developed and published by Ateam Inc., a free to play social RPG game with anime and cute graphics. The game was originally in Japanese language then it was translated and released globally in English language on May 16, 2015 for both mobile platforms Android and iOS devices. Unison League gameplay featuring a co-op multiplayer and real time gaming with other people around the world. There are 5 unique classes to choose from. The Unison League gameplay can be for hardcore and casual gamers. Other gaming features may be different from other similar online mobile RPGs.

When you start to play Unison League, players can select one of 5 available classes. These are Soldier, Lancer, Archer, Mage and Cleric. All classes are essential in battle and have a different roles. They have their own abilities, elemental summons and different weapons. The new patch of Unison League added the 4th job and new set of skills to unlock later in game. Switching between different classes is possible for players.

Upon character creation, players can choose their preferred avatar gender and to customize the character’s appearance with different set of face and hair options. Players can also buy an additional set of hair and eyes from Medal Exchange. Medals can be obtained from Guild Battle rewards. 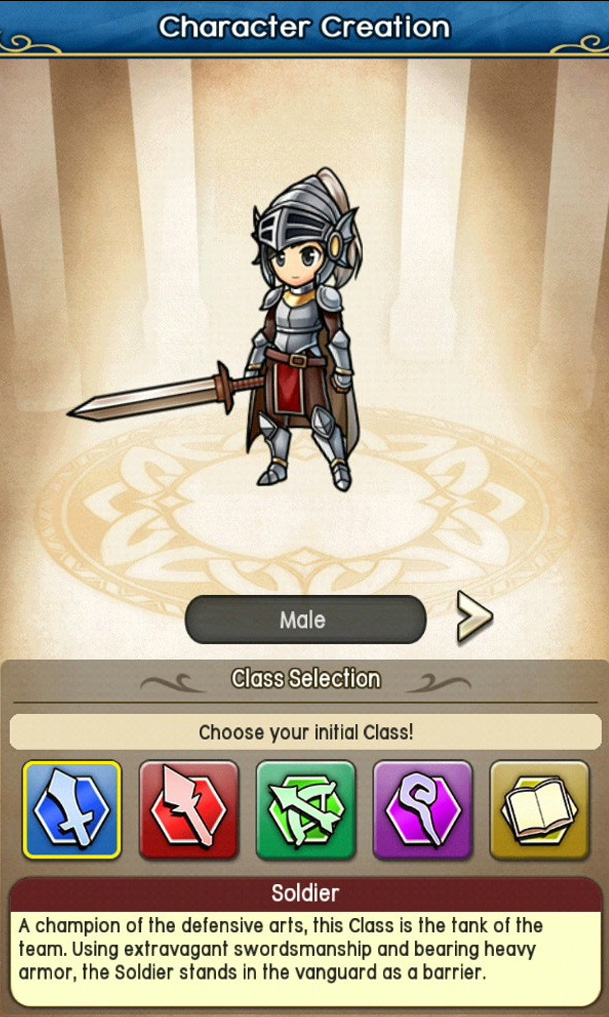 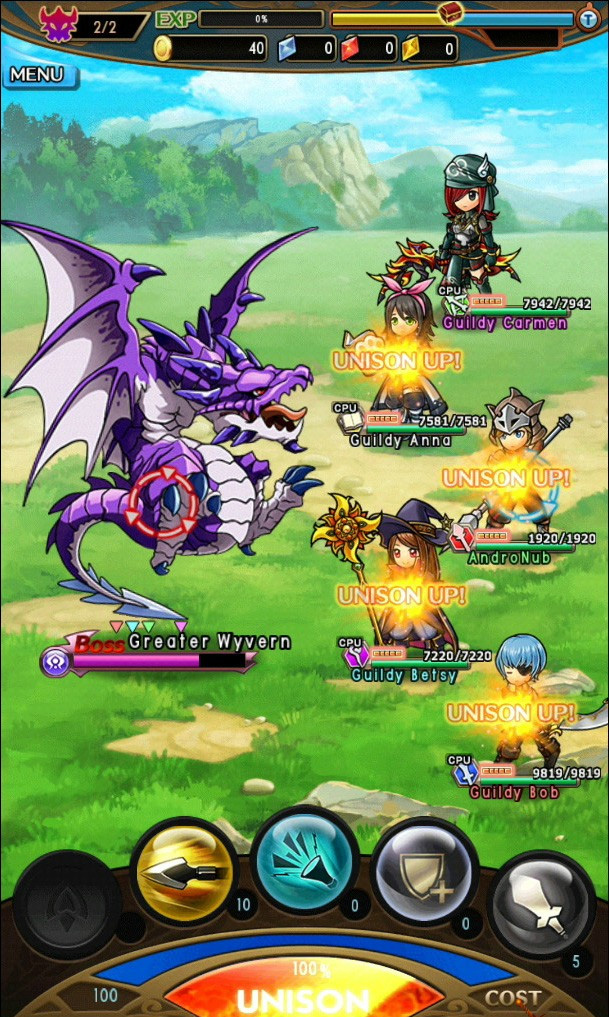 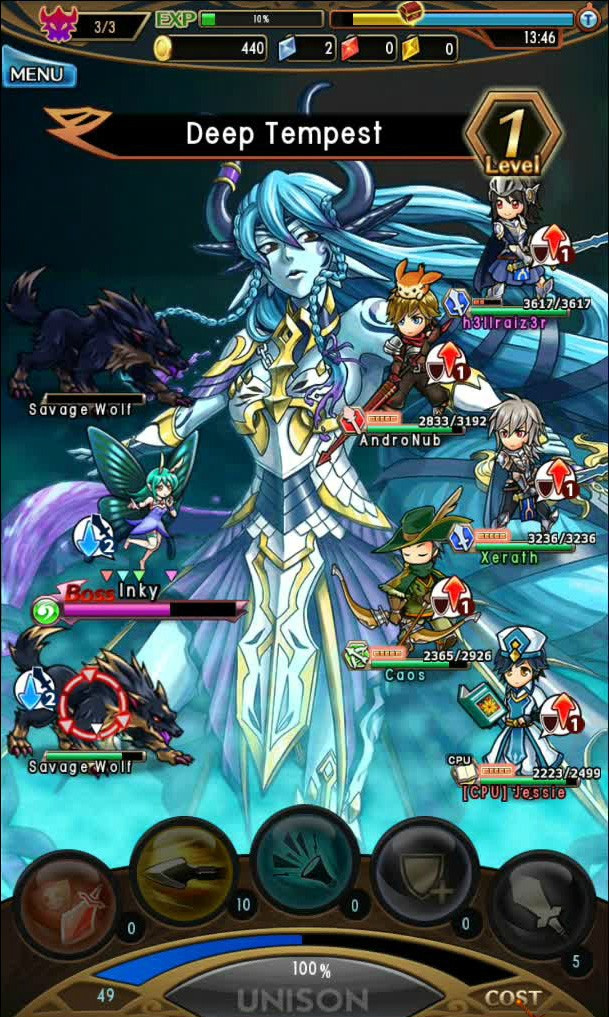 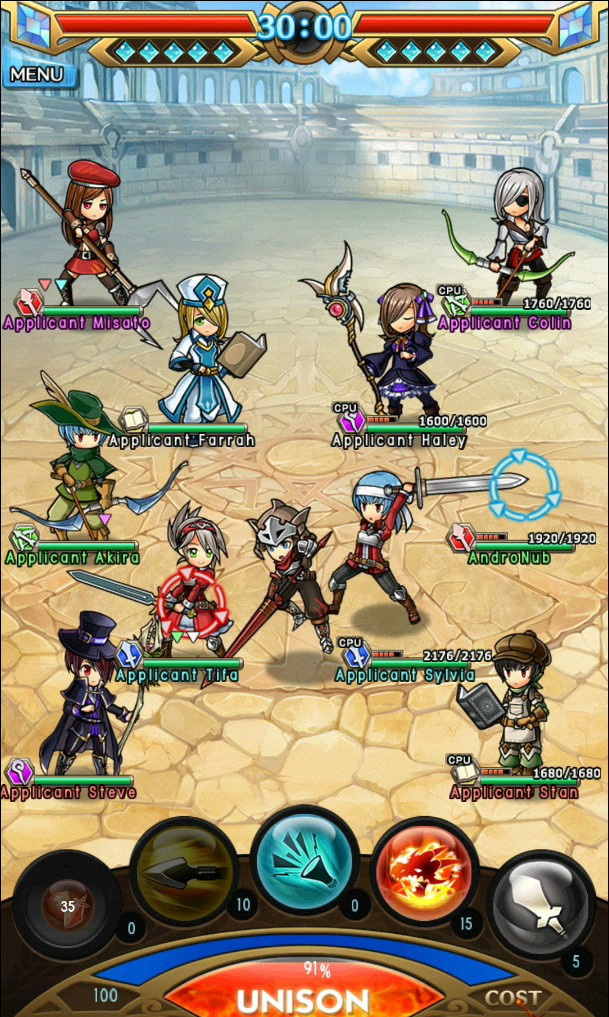 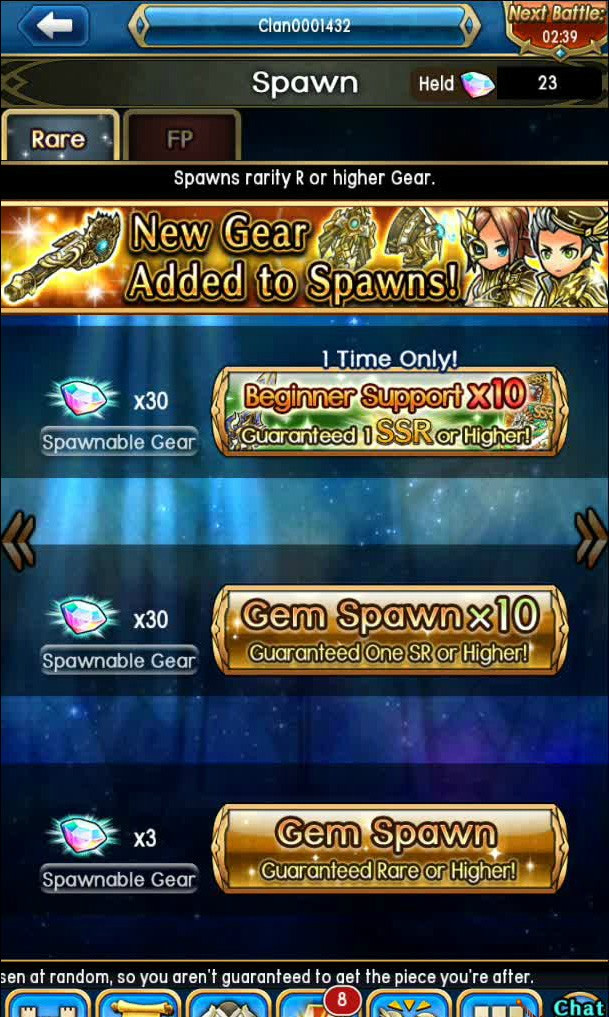 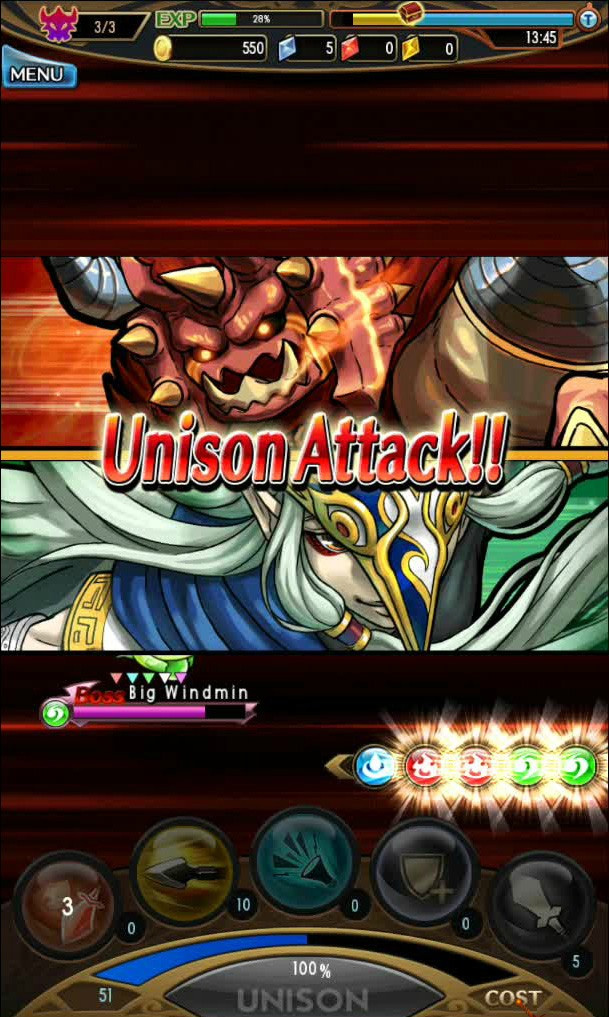 Unlike other similar RPG like Brave Frontier etc., Unison League has a real time party feature that allows you to play with others by creating a party or simply just partying up with others in each stage. Upon selecting a quest stage in “Group Quests”, the system will automatically connects other online players in the same stage but once no other players in that stage, players are matched up with CPU or computer (A.I) team mates.

Each stage can hold a maximum of five people and players can communicate in game through the built in messenger, by typing a message in chat box. In-game communication is crucial at higher stages where players should focus on certain targets and summoning the right unison.

Players can select “Recommended Quests” to join stages which is already in progress or “Friend Quests” to play with friends.

The gameplay of Unison League is a stage based game RPG. Hundreds of stages in large map that players can travel and battle each stage at a time. The stages is also known as Group Quests, and it has 2-3 waves of enemies and boss battle. Players can choose 5 different actions – attack, defend, cheer and class skills and it can be customized according to preferred skills. Attack is to deal damage attack, defend to increase defense stats, cheer will increases the Unison of the party and skills can be damage or heal buff depending on player’s class.

Each skill has its own cooldown and party members can choose when to use so the game is more real-time game than turn-based game. After completing each wave players will receive random loot it can be an armors, weapons and summons, experience and gold. Once the stage has been completed and all wanted monsters are defeated, players will receive one gem that be used to buy items from shop such as quest key, expand storage, restore ap or summon rare armors, weapons and summons for unison attack. Gem is the premium currency in game and if you run out of gem you can buy additional gems by using a real world cash through credit card or Paypal.

Summon attack also known as Unison Attack, it is one of the game highlights of Unison League. Players can summon Unison Chance and attack enemies once the Unison bar builds up or full bar. Cheer skill can also slightly increase the Unison bar, once the Unison bar is full by pressing the Unison button it will activate the Unison Chance which players can choose one of the elemental summons. Other party members must activate their Unison summons within couple of seconds in order to achieve Unison Attack. The Unison summon depends on the chosen element combination, there is a chance that it will deal high damage to enemies. Unison Attack is more powerful once there are many identical elements were chosen while a mix up or different elements without identical one’s will create a weaker Unison attack.

Getting an approriate gears from chests are mainly by luck since the chance of gear is not limited to your class, means you can obtain gears suited for other class. However it is not necessary to use real money in-game because you can obtain gems by completing each stage, fulfilling the achievements and rewards from guild battle.

There is an energy system that can limit all players from playing stages nonstop and earning a lot of gems. Guild contribution is important because the guilds with paying members tend to receive better gear rewards that non paying members in guild.

One of the features of Unison League is the real-time 5v5 Guild Battles, it is unique and interesting. Guilds can participate in different leagues depending on Guild Ranking and the guild battle are scheduled everyday. There are two Guild Battle time slots that all guild members can choose from depends on their availability.

By joining the Guild’s battle players are allow to control their character instead of less active AI or CPU. Guild fight can only hold 5 members so only 5 players can represent the guild in each battle.

Each team has to protect the Guild Crystal – it resembles of the War of Emperium in Ragnarok Online game. The guild that dealt more damage or defeats the other guild’s crystal will win the battle.

In order to attack the other guild’s cystal your guild must defeat all five members of the opponent guild. Guild battles are intense and the guild team should manage to win by fully destroying the crystal.

You can visit the official website of Unison League game to understand the game more.