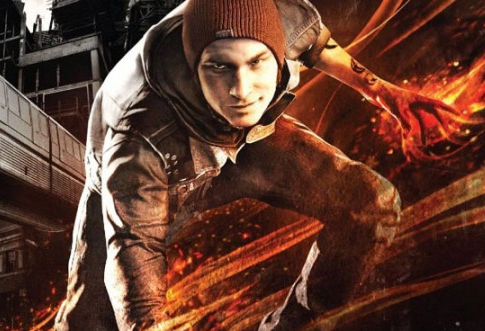 The biggest frustrations with the game comes from the combat. Delsin has a wide variety of moves to beat enemies, but when they get the upper hand, things become too complicated. Delsin can get into a locked animation when hit, essentially allowing enemies to get multiple hits on him without being able to retaliate. There were several instances when trying to take out an area, and the screen was turning gray before the character shot off. This adds a level of frustration not being able to do anything about it. Sucker Punch remedied some of the issue with fantastic checkpoints, even during boss fights, but it is more frustrating with grunts than some of the larger battles.

The infamous: Second Son franchise has always felt like Sony’s middle child, it is an exclusive Playstation 4 game which will not be available to other platfoms. While the idea of an open-world superhero game developed by the talented folks at Sucker Punch sounds like a dream, the series always had some drawbacks I was hoping to see remedied with their first PS4 outing. Second Son takes the familiar formula and doesn’t deviate from it too much. 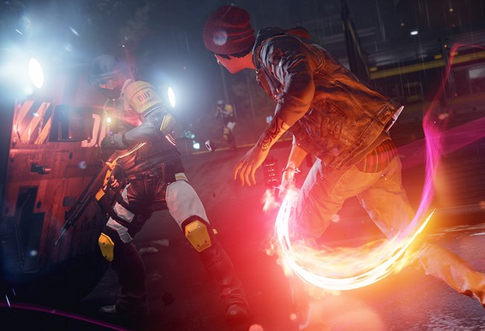 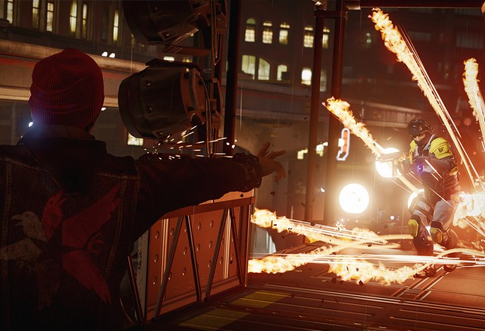 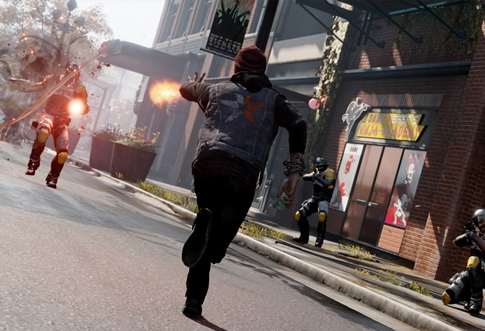 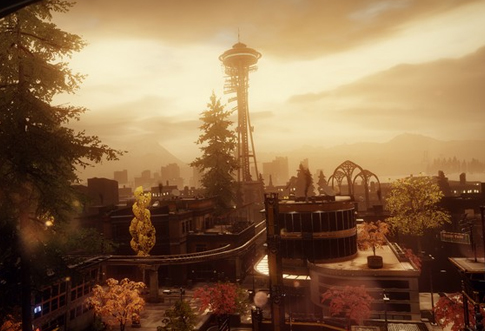 The archaic good/evil mechanic is still here, and the activities are quick and satisfying while the traversal system still feels inconsistent. None of this however, makes it any less fun to play, and PS4 owners would be wise to add it to their collection.

Second Son game follows the story of Delsin Rowe, a young conduit who discovers his power by accident. The game is far removed from the events of inFamous 2 and its protagonist Cole MacGrath. In fact there is little mention of him at all. Instead this outing focuses on a new world where the Department of Unified Protection (D.U.P.) is tasked with finding, and capturing, all conduits. The story runs a familiar gamut and there is little surprise throughout, but Troy Baker’s performance sells Delsin as a character. His interactions with his law-abiding brother Reggie are genuine, and I found myself enjoying their banter.

inFamous: Second Son gameplay Players can opt to be a power of good or evil. Sadly, most of the choices are pretty out of character for Delsin. He has little reason to ever choose the evil path, and that makes playing through that arc a bit awkward. The side characters are also highly underdeveloped outside of a couple. Fetch and Eugene definitely could have used more screen time, but others such as villain Brooke Augustine and Hank seem to inherit the focus.

You can visit the game website of inFamous: Second Son game to understand the game more.