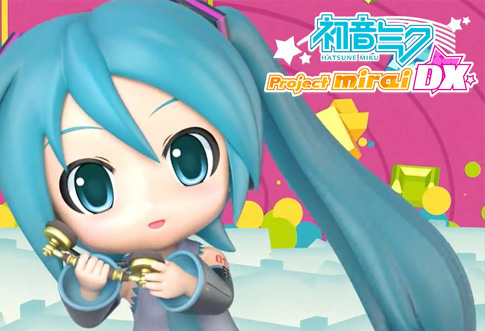 Cute graphics, adorable chibi Vocaloids, challenging rhythm game, players can do many things in game and a total of 48 tracks.

The life simulation can almost distract from the rhythm modes, the game might just look and sound weird enough to turn people off

Hatsune Miku: Project Mirai DX is an extraordinary game is the sheer amount of content included in one package. The rhythm game includes full length 48 tracks (music videos) in total, compare to other franchise.

Hatsune Miku is the most popular virtual pop idol in Japan, she can sing a song with the use of Vocaloid software, a software that can sing music through a sound modulator and synthesizer. Sega made all the songs available in games with an excellent run and great rhythm on Playstation console platforms. SEGA launched Hatsune Miku: Project Mirai DX first ever on Nintendo system, usually all Hatsune Miku franchise were exclusively released for Playstation platforms only that’s why this franchise on Nintendo were all developers have really gone all out to make a highly extensive game.

At first impressions it may differ almost entirely with what seems to be a simulator game, in the essence of Tomodachi Life it will ask you to choose a partner, there are 6 characters for you to choose from – Miku, Rin, Len, Kaito, Luka and Meiko. You can always switch a partner anytime. There is an apartment to live with her, furnishing the apartment which you need to buy stuff to decorate your apartment, feeding your partner, clothes for her, chatting with her, play games with her, giving her gifts and so on. There are many things to do in game that’s why all Miku fans will surely like the Hatsune Miku: Project Mirai DX game and you will not be bored playing it. 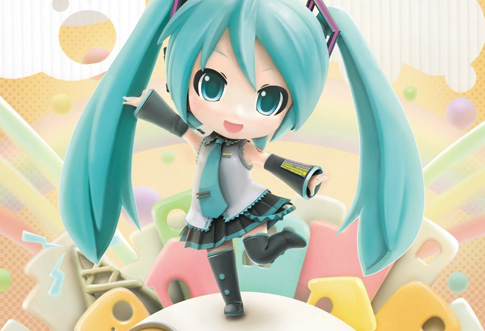 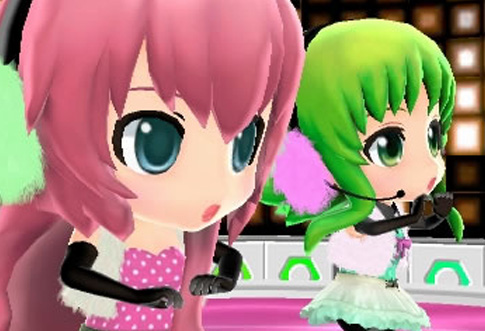 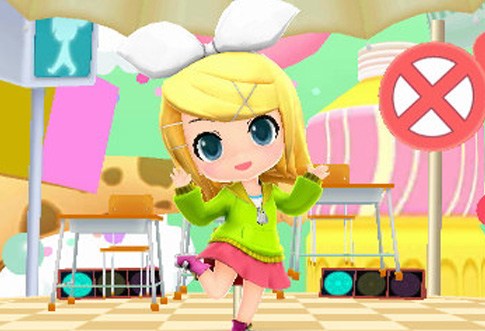 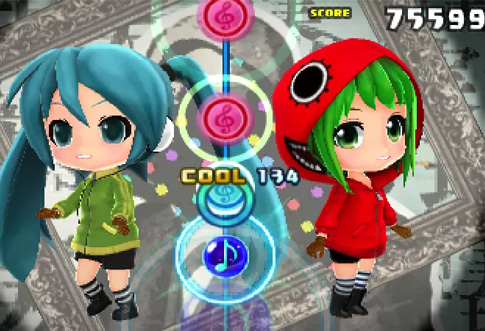 Hatsune Miku: Project Mirai DX gameplay is the improved version of the previous version Hatsune Miku: Project Mirai which includes a total of 48 songs, 1 new song and 3d enhancements. The main highlights of the game are the rhythm game and the PuyoPuyo 39 mini game. There is a list of songs to choose to perform and once you completed a song it will unlocked a new song until you unlocked all 48 songs in-game.

In Hatsune Miku: Project Mirai DX, Miku and her band of Vocaloid pals appearance all are in super deformed chibi, inspired by Nendoroid toys the characters all feature big, distended heads and small or petite body frames which look like a baby version of vocaloids. They look so adorable and you cannot resist their cute performance while singing and dancing and most occasion their cuteness will distract you in game.

The rhythm game has 3 types of difficulty levels (easy, normal and hard), it can be played with tapping the screen or by pressing specific buttons at certain times, you have to either tap or press the button by following the beat rhythm with right accuracy which will determine the level of one’s success or failure. The touch controls on 3ds 2nd screen are a new and optional way to play the game. Some players preferred to play the rhythm game with the use of touch controls and some preferred the button controls.

On easy mode, players will tap a single circular area on the lower touch screen, with each subsequent difficulty level adding another zone to tap on up to 3 zone. Button mode is harder with 4 buttons to press on (X, Y, A, B), the directional pad buttons (left, right, up, down) and the joystick.

Though it is challenging to tap each portion of the screen because sometimes the inputs don’t seem to register. It is opposite with the Project DIVA titles on Playstation platform, where all notes fly to specific targets, Project Mirai introduces a single rail system that is a quite similar to other rhythm games like Osu! Tatakae! Ouendan, which is helpful change and easier.

Another great aspect where Hatsune Miku: Project Mirai DX is an extraordinary game is the sheer amount of content included in one package. The rhythm game includes full length 48 tracks (music videos) in total, compare to other franchise.

You can visit the official website of Hatsune Miku: Project Mirai DX Game to understand the game more.