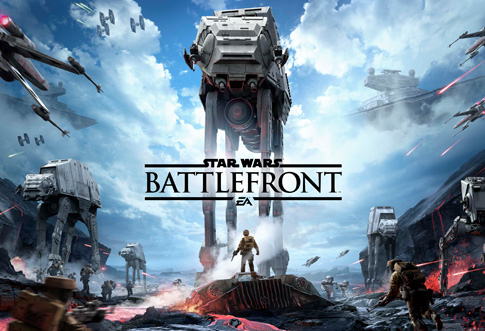 The game has the Star Wars look and feel. Great cinematic moments. Easy to play.

No solo content. Not all modes of game to the game strengths.

Star Wars: Battlefront 2015 is ideal for Star Wars fans though some players saying it has an empty experience. The mobility for game controls is limited to basic sprinting and jumping moves.

The game graphics is astonishing iconic planets, gorgeous landscapes and vistas. Tatooine’s desert stretches for miles, dynamic lightning, vivid textures and windswept forest. The game graphic details are amazing and so stunning like rain glistens on drooping leaves, ice crystals extend from cave walls and you can see clouds of dust in Tatooine’s arid scenery. 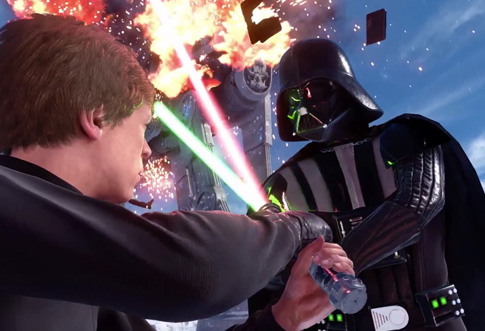 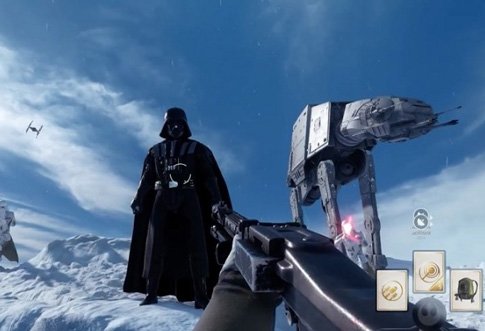 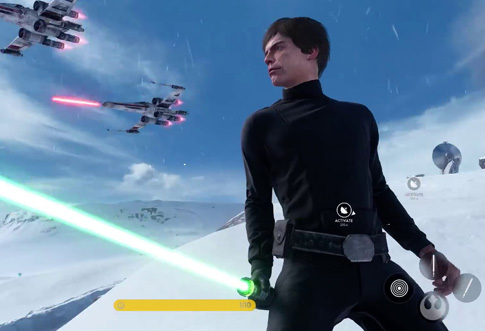 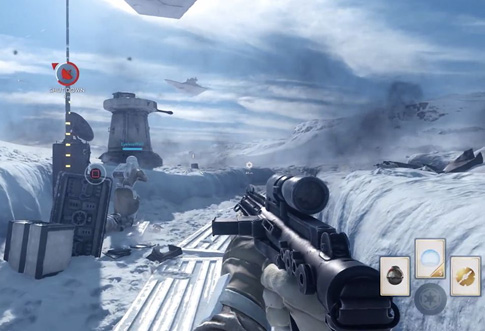 Star Wars: Battlefront has an abundance of game modes, there are 9 competitive battle modes each distinct from good to bad. There is Heroes vs. Villains which u feel like an action figure came to life, Droid Run a zone control in which zone shifts locations and Walker Assault. Walker Assault game mode lends the game to a bigger objective.

Star Wars: Battlefront game is more like Star Wars than a usual Star Wars game, this is the game Battlefront at it’s best! Imperial escort and rebels are destroying AT-AT (All Terrain Armored Transport) as it marches towards the base at the end of a path. In contrast, between objectives there are different experience for both sides, numerous offensive and defensive options in the game, the game battles unfold with variety.

As the Battlefront 2015 progressed, both sides changed each other’s strategy. The Rebels use their defensive turrets and taking down AT-AT’s health during bombing runs. Walker Assault is a representation of innovative game modes.

Survival mode is the Battlefront’s version of a wave-based cooperation option, it offers a welcome respite from Battlefront’s competitive game modes. It requires you to work with one other teammate against AT-STs, Stormtroopers, Imperial Probe droids, as we collect power-up through Sullust’s hangar bay or Hoth’s Rebel base, a true compelling teamwork experience.

However, other Battlefront’s modes feel poorly designed or uninspired, Blast and Cargo has slight variations on team deathmatch and capture the flag which makes the game exciting for several matches. Another mode is Hero Hunt, which a team of soldiers aimed to hunt down a bounty hunter, Sith and Jedi though that mode is imbalanced to the point it is frustrating for players to play it.

Despite all impressiveness of the game, there is still a shallow experience like the maps lack of focused design, Endor’s undergrowth lends cosmetic appeal but not much cover. Although there are exceptions in some Battlefront’s locales, Tatooine’s blend of exterior and interior created engaging battles in the game from one match to the next.

Star Wars: Battlefront Vehicle combat offers some variety in the game, the snowspeeders, X-wings, TIE Interceptors and the Millennium Falcon are great to play in a game with intuitive controls and fluid movement. Airborne vehicles can fly too fast over maps so bombing runs are often futile. Among the vehicles, snowspeeders are essential in Walker Assault, as it can be helpful to tow cables and bring down the four-legged AT-ST behemoths if used properly.

You can visit the website of the Star Wars: Battlefront game to understand the game more.