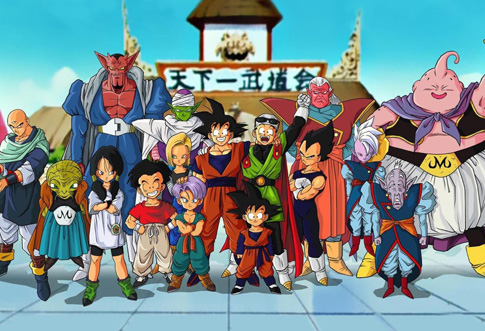 Saiyan Saga is a unique, funny and has an exciting adventure storyline.
Beautiful graphics, experience marvelous world of Dragon Ball.

Need to use real money in game for power up and VIP privileges.
Make sure you have a full battery because it can drain your batteries so fast.

Overall playing Dragon Ball is nostalgic and fun if you are a fan of Dragon Ball anime series. The game uniqueness is really impressive and addicting. Make sure to login daily to receive daily rewards.

Dragon Ball is one of the most successful anime series that has been released on TV. Dragon Ball: Saiyan Saga gameplay is a TCG game which has been recently released in the i-Tunes App Store (Super Saga) and Google Play Store (Saiyan Saga). It is a fantastic RPG game which you can experience fierce battles with kakarotto goku! You can travel to the wonderful places in Dragon Ball world or fly on Kinto-un, do an instant Teleport and battle with flaming Kamehame Wave, Super Saiyan have it all! 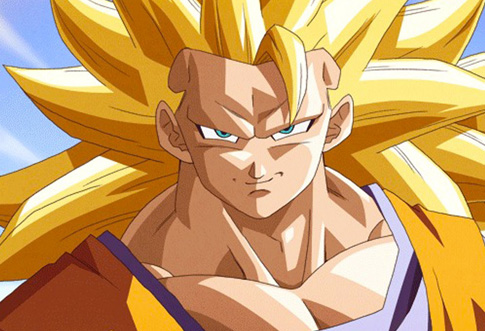 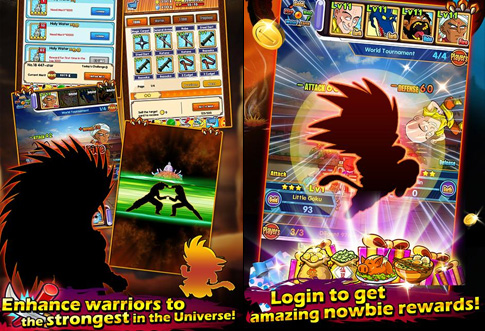 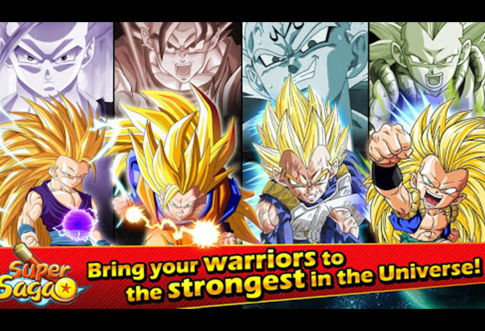 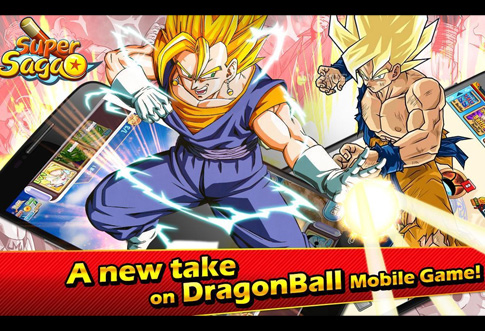 Message System
There are 3 parts in message system. First is Battle message: gold and battle information. You can also do a replay for each battle scene. Add your opponent in game as a friend or enemy.

Second is system mail: login reward, upgrade reward and GM mail. Third is chat system to be able to send a personal message to your friends or enemies.

Bag / Storage
Storage is really important in-game, it can be used to put all of your items, weapons, armors and warriors.

Little Chi-Chi: <Earthman> One of a few beauties in Dragon Ball, violent, having bad temperament, always got furious each time he saw Goku run wild with Gohan.

Yamcha: <Earthman> Absolutely No.1 small character having fast quality death, which is also the reason why Bulma turned to Vegeta.

Krillin: <Earthman> From Krillin Temple, an intimate friend of Little Goku’s when she was a teenager. He was finally favored by No.18 Queen due to his popularity.

Goku: <Super Saga> Grown-up Goku, who hasn’t become a super Saiyan through Shapeshift but has shown his height potential.

King Piccolo: <Namekian> King Piccolo’s son inheriting Piccolo’s bloodline, firm in speech but soft in heart, the only question is that he always wears the same Mantle.

Dabura: <Akkuman> Originally Demon King Kai dominating the demon world, later controlled by Bobbidi. He has great damage and can use a variety of magics. His unique skill is to use saliva to turn his rival into a stone.

Rank 1 Cell: <Andriod> Swallowing No. 17 Andriod, Cell looks nice and evolves from a monster to a human.

Little Gohan: <Super Saga> Gohan in infancy was happy, but had to learn martial art from Piccolo because his dad died earlier. So you can imagine his miserable life.

Vegeta: <Super Saga> One of absolute 2nd official generation, a real Mr. Right, Saiyans’ pride; it’s a pity that his star was destroyed by Frieza. He had no choice but to develop his career in the earth.

Jackie Chan: <Earthman> An ordinary man but disguised by Master Roshi. He attended the World Martial Arts Tournament to let his disciples understand that there are always stronger guys to be found.

Super Gohan: <Super Saga> After Gohan grew up, he completely inherited his father’s traditions. His biggest hobby was to save the earth in addition to becoming handsome and cool.

Vegito King: <Super Saga> Star Vegeta’s dominator having supreme power, all of which disappeared due to Frieza’s arrival.

Fang: <Super Saga> Gohan and Videl’s daughter, having amazing power. When she was still young, she often practiced with Goku, so she had had strong damage when she was 4 years old.

Little Gohan 2: <Super Saga> A genius warrior, who could become a super Saiyan through Shapeshift thanks to its hybrid status when he was a teenager. His bobby was time travel in different ages.

Trunks: <Super Saga> A teenager from the future. He calls himself a prophet but hasn’t divined something correct

Super Brilo: <Super Saga> He was born on the same day as Goku and can become a super Saiyan player naturally without trainings. He was extremely strong fighting will and unrivalled strength.

Gohan: <Super Saga> Gohan with black hair, who can’t attain a Shapeshift but still has strong strength after his potential was improved by Elder Kai.

Super 1 Goku: <Super Saga> Goku growing up became one of the Tall, Cool and Handsome, and had a white, rich and pretty girl friend in addition to his stable halo of leading role.

Super 2 Goku: <Super Saga> Goku died and came to Star King Kai. Without disturbance of haze, he finally borke the limits and reached the level of Super Saiyan 2.

Chest: Gold, Silver and Copper. Key can be obtained through trial, instance and events. The chest contains different kinds of rewards. You can open the chest by using a diamond if you don’t have a key.

Diamond: Diamond will be given to all different VIP level. Non-paid players have one free times everyday.

First 7 days After Registration: New players will get a reward after a week from the day they registered.

7 Day Login Reward: Once you completed 7 days from playing the game you will get Ramen, Gold, Senzu Bean, Roast Pig and Diamond as a set reward.

Daily Login Reward: You can get a Martial Piece and Ramen as daily reward.

Upgrading Reward: You can receive a reward once you upgrade every 5 levels. It is essential once you are a beginner.

First Recharge Package: First recharge in game can receive a great reward package which contains Master Roshi. You can get a Turtle Faction once your match the First Recharge to First 7 Days reward after you register.

Double Rebate of First Charge: This is only one chance, the event with First Recharge Package.

Monthly Card Recharge Event: Every time you recharge $5 you will receive 1800 diamonds. Additional 60 diamonds will be given after 30 days when you login the game daily.

You can visit the official website of Dragon Ball: Saiyan Saga game to understand the game more.