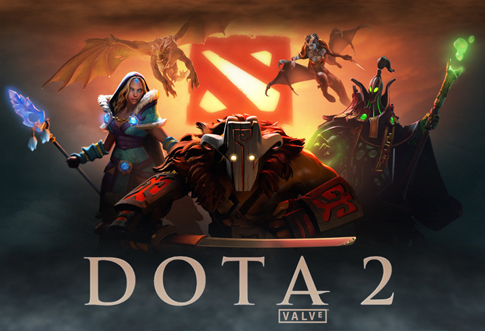 Very interactive
Upgrades and relevant improvements
Engaging and challenging
Keeps players alert and on the toes
Addictive game, encourages coming to the game

Peers and opponents are chosen for each character according to his skill level
Some players feel that they are being unfairly
Experiences players can dominate the game
Not too easy to start off with
Clichéd story line and objective
The community is often abusive, racist, and hostile.
Need to use real world money in game to purchase some stuff from Dota 2 shop for customizing your heroes.

On a whole the game has been a huge success and has been applauded by most of the gamers. It became very popular and is one of the regularly played games. It definitely deserves a try and there are significant chances that you would hang on to it for quite a while.

Dota 2 is an online multiplayer battle game and a sequel of Defense of the Ancient (DotA). It is one of the very famous action packed games that you can never become tired of. It keeps you involved and exerts healthy pressure on your logic skills.

Each match of Dota 2 gameplay has 2 teams, each of 5 players that occupy one of the ends of the map. The main objective is to destroy the enemy’s Ancient. Victory can be achieved only after its very challenging missions have been achieved. Each player has a distinct character or hero who focuses on his own leveling up. Each hero has the ability to achieve and acquire items, fight the enemy with his respective strength and move towards victory as a team.

The game has evolved with many outstanding improvements that satisfy people’s complaints. The game play has become much more engaging and encourages players to play further. 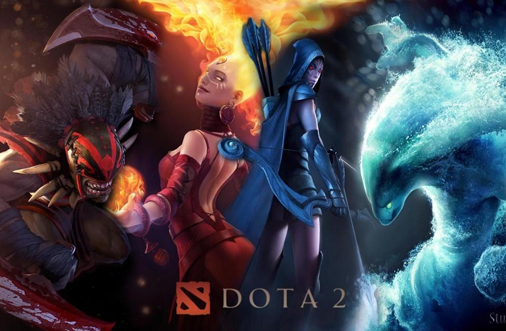 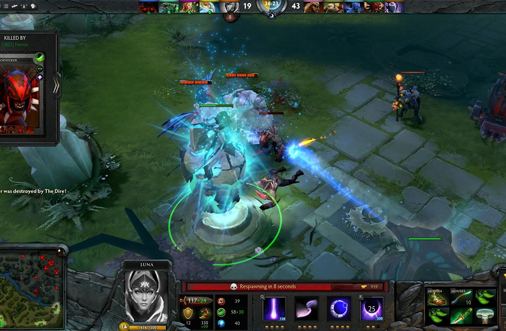 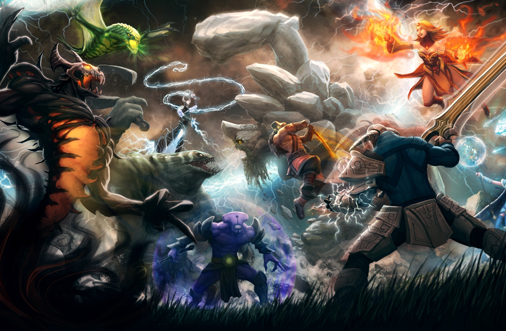 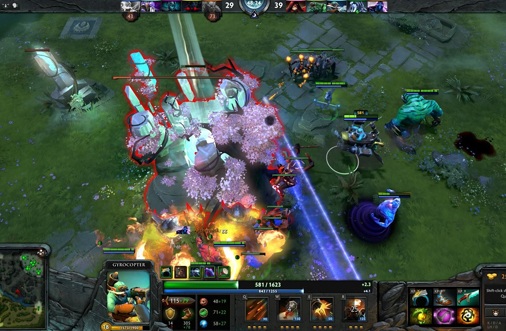 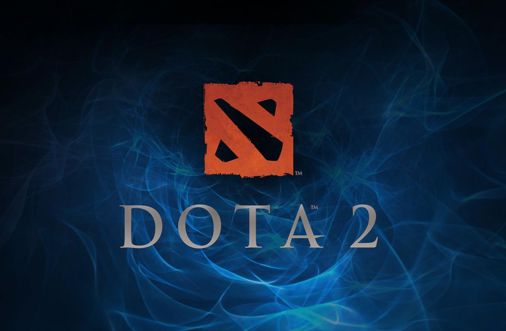 The Dota 2 map has been divided symmetrically but it still has critical differences in the two. Each side would have its own distinct advantages and disadvantages. Not giving the exact benefits to both the teams makes the game more challenging and focus on their own specialties and make most efficient use of them while trying to overcome the flaws and drawbacks. The players on the Northeast corner would defend the Dire from the enemies on the Southwest corner who have the Radiant. These are the two most significant Ancients that the whole game revolves around.

There are 104 heroes that the players may choose from and 7 distinct game modes. Each hero has his own strengths and powers, thus it is up to the player which hero he/she would choose. Although the role of each hero remains the same, how the game is played and what powers come at play at what time is what makes each player’s existence different. Most game modes would provide the players with some preparatory time before the game actually begins. This time should be effectively used in judging the characters strengths and usefulness as this choice is of strategic importance to the whole team. Team building and coordination is vital in Dota 2 online game. It is not a game that can be played individually, your team member’s performance and ability to play would affect your chances of victory.

On a bigger scale, you happen to be silently coordinating with your complete team all the time. By far the easiest approach to get a kill should be to pounce on outnumbered opponents, which implies your group has to lock into a pack mentality. This can be as easy as generating positive to attack and run away together, or as complex as goading an enemy hero into your territory by becoming low on health and undertaking a half-assed job of retreating, coaxing them deeper, deeper, as your buddy circles round behind them.

Do you realize what a help hero is, what sort of lane companion it needs to be paired with, and when it is acceptable to last-hit creeps inside your lane? How about the proper time to summon the courier, what particular capability to expect from the boots that the melee carry inside your lane is likely to get in the course of the laning phase, or why pushing previous the midpoint with the river with out an explicit reason is usually a terrible thought? They are intentionally jargon-filled concerns, but they’re aspect of your baseline of expertise that your group will expect you to have in something beyond training matches. It’s how Dota players consider, since their game is intricate and demanding and because a single weak link on a team spells doom more usually than not.

Don’t anticipate a congenial atmosphere in Dota 2 unless you are playing strictly with people you know personally. The community is frequently abusive, racist, and hostile. Prepare to be known as horrible points for obtaining the temerity to die when piled on by three enemy heroes. Anticipate to endure a torrent of profanity for getting products regarded as inappropriate for the character. You will discover a lot, helpful, who can play as a team and mature people who play Dota 2, obviously, but the vulgar ones stand out more for clear factors. While Riot has at the very least gotten the majority of your poor sports who play League of Legends to a minimum of preserve their ill-tempered thoughts out of chat with community ratings and by following through on ban threats, Dota’s technique has only mitigated the really worst offenders. Ignoring players is easy enough, but the caustic community remains one of the of Dota 2’s largest issues.

You can visit the official website of DOTA (Defense of the Ancient ) 2 game to understand the game more.